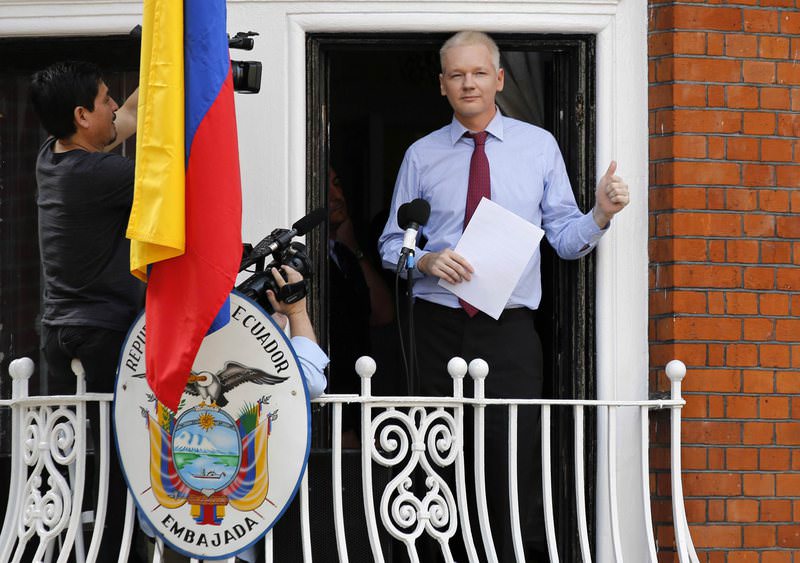 by Dec 14, 2015 12:00 am
Ecuador and Sweden have reached an agreement on "legal assistance" in criminal cases, removing a hurdle in Swedish efforts to question WikiLeaks founder Julian Assange, granted asylum by Quito.

A Swedish delegation has just returned from Ecuador where the final details in the agreement were settled, Cecilia Riddselius of the Swedish Justice Ministry said on Sunday.

The Swedish cabinet was due Thursday to approve the agreement. Following that, the two countries were to exchange diplomatic notes confirming the deal, she told dpa.

With the agreement in place, Swedish prosecutors can then formally request to question Assange at the Ecuadorean embassy in London in relation to a suspected rape in 2010, an allegation he denies.

The 44-year-old Australian fled to the embassy in London in June 2012 after he lost a legal battle in Britain against extradition to Sweden.

Ecuador then granted Assange asylum after he said he feared extradition to the United States, where he is wanted in connection with WikiLeaks' publication of top secret diplomatic cables.

The government of Ecuador has welcomed the deal with Stockholm.

Three other cases of alleged sexual assault against Assange were dropped in August due to a Swedish statute of limitations, but the rape allegation remains.

"We are glad that Ecuador and Sweden have reached an agreement for judicial co-operation. The most important thing now is that it must provide the appropriate legal guarantees," said Baltasar Garzon, co-ordinator of Assange's international legal defence team, according to British news agency the Press Association.