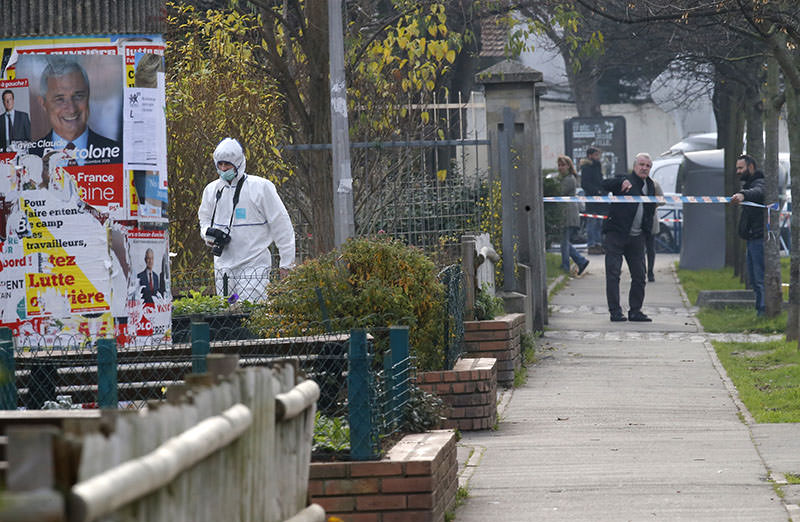 A forensic expert is seen outside Jean-Perrin nursery school in Aubervilliers (AP photo)
by Daily Sabah with AP Dec 14, 2015 12:00 am
The Paris prosecutor's office said on Monday that a French teacher who claimed to have been attacked by a masked assailant invoking Daesh made up the story.

The attack reported earlier on Monday by the teacher set off a manhunt in the northern Paris suburb of Aubervilliers.

The French teacher had claimed to have been attacked in a preschool class by a hooded man who cited Daesh.

According to media reports, the attacker was allegedly wearing a ski mask and stabbed the teacher in the throat and stomach with scissors and a box-cutter in in Aubervilliers.

"This is Daesh, this is a warning!" the terrorist had allegedly yelled.

Both the Paris prosecutor's office and the local prosecutor said the teacher was questioned Monday afternoon.