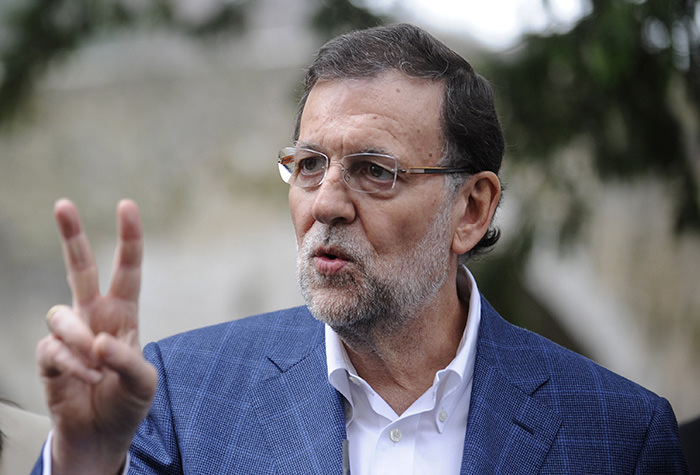 Footage shows Spain's Prime Minister Mariano Rajoy being punched on Sunday by a man who reached him from his left side while he was talking to a crowd in the city of Ptrevdra in the Galicia region.

Rajoy was left with a bruise after a 17-year-old teenager punched him during a campaigning event. The teenager reportedly attempted to reach the PM to take a selfie with him.

Rajoy sent a tweet after the incident reading: 'I am fine, on my way to a rally in La Coruna. Let's carry on constructing a serious Spain.'
The attack on the prime minister has been condemned by the opposition leaders and parties trying to win power from Mr Rajoy in the election.