Move over Statue of Liberty: Norway planning to gift Finland a mountain 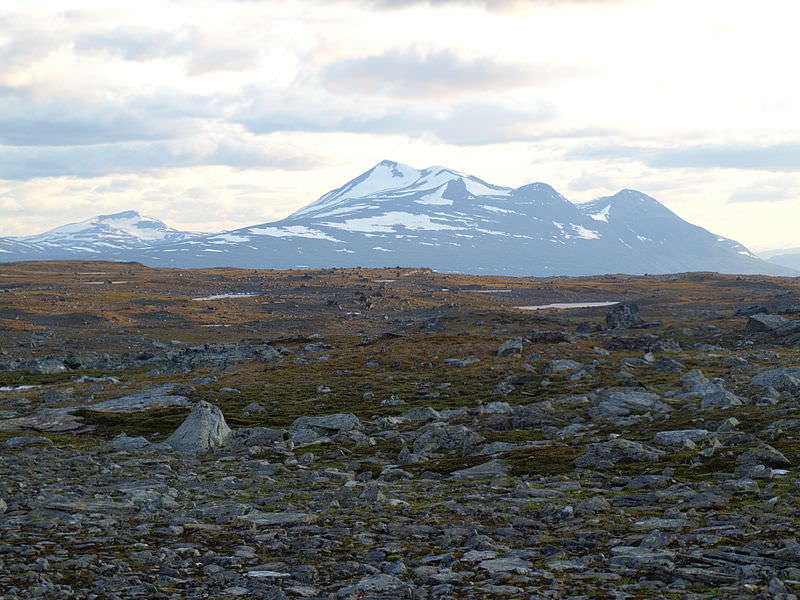 Mount Akka / u00c1hkku00e1 massif seen from the high plateau Maukojaureh north-east of it. (WIKIPEDIA Photo)
by Daily Sabah Dec 19, 2015 12:00 am
Biggest gift ever? Well, Norway's new plan to gift Finland 'a mountain' to celebrate the 100th year of Finnish independence in 2017, doesn't seem to have much of a competition.

Norwegian Bjorn Geirr Harsson, a retired employee of the Norwegian Mapping Authority, launched a social media campaign on December 8 which proposes to give the extraordinary gift to neighboring Finland.

The campaign suggests that Norway shifts its eastern border 20 meters so that the Halditcohkka peak of the Halti Mountain could become a part of Finland and be the country's one-and-only but also highest peak.

Even though the Halti Mountain actually belongs to Finland, the 1,365 meter tall-peak remains in Norwegian territory.

Halti is not even among Norway's highest 200 peaks.

Speaking to the Norwegian website, The Local Harsson said that Norway would not be giving up any of its territory with this little shift, and that it would make an excellent gift to the Fins, jokingly adding: "how many countries can brag about having given a mountain as a gift?"

75-year-old Harsson's campaign called 'Halti as an anniversary gift' has received over 6,000 likes on Facebook so far.