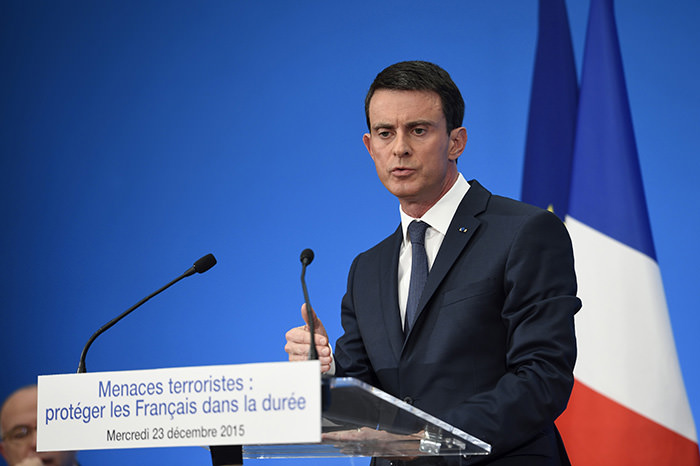 French Prime Minister Manuel Valls (Reuters Photo)
by Anadolu Agency Dec 23, 2015 12:00 am
The French cabinet has presented proposals to parliament which include stripping citizenship from bi-nationals involved in terrorism.

The country's parliament will discuss a constitutional amendment on the implementation of a state of emergency in February next year.

Recent media coverage had suggested that removing French citizenship from those convicted of terrorist crimes was not on the government's agenda.
Last Update: Dec 23, 2015 4:55 pm
RELATED TOPICS