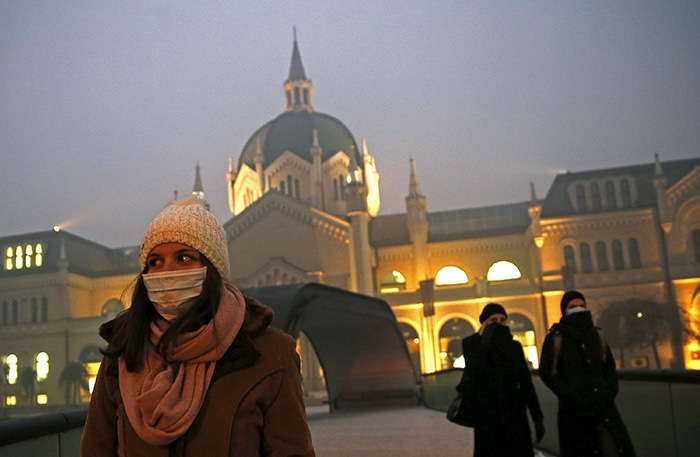 Women wearing masks walk in front of academy of fine arts as smog blankets Sarajevo, Bosnia and Herzegovina December 23, 2015 (Reuters Photo)
by Associated Press Dec 24, 2015 12:00 am
Authorities from Bosnia and Herzigovina's capital Sarajevo say they are closing down schools because of high pollution mixed with fog, and volunteers have begun distributing face masks to those who still decided to get out of the house despite warnings to reduce movement.

Schools are closing down after more than a month of dense fog, broken only by three or four clear days. Authorities said Wednesday it has been the longest siege of foul weather in decades.

Flights have been canceled for the past few days because of fog, a common occurrence at Sarajevo's airport in winter.

Meanwhile, people on social networks have been sharing photos of flocks of birds walking down streets, unable to fly because of reduced visibility.
Last Update: Dec 24, 2015 11:49 am
RELATED TOPICS