10 refugee children rescued from fire at shelter in Germany 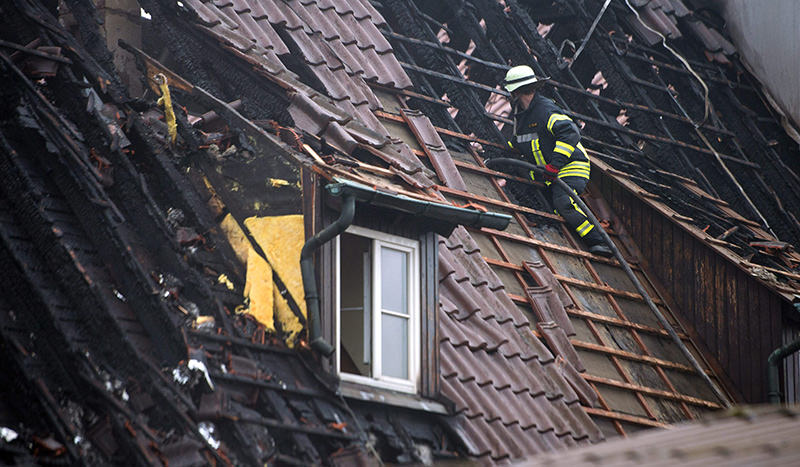 A firefighter stands on the rooftop of a refugee shelter for children and adolescents after a fire broke out, in Ruppertshofen, Germany (EPA Photo)
by Jan 01, 2016 12:00 am
Ten young refugees were rescued after the shelter in which they were staying in southern Germany caught fire Friday, authorities in the town of Ruppertshofen said.

No injuries were reported among the rescued, all of whom are minors who have reached Germany without adult accompaniment. The cause of the fire remains unclear.

The blaze was noticed by a shelter worker around 3:30 am (0230 GMT) and an alarm was sounded. The fire seems to have started in a nearby garage, but spread to the shelter. Parts of the shelter's attic were destroyed by the fire.

Police have launched an investigation.