UK school exams to be timetabled according to Ramadan: Exam boards 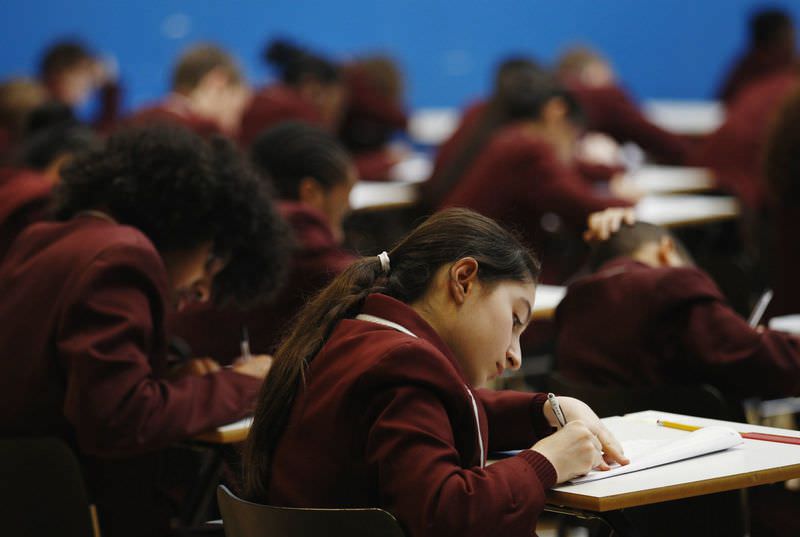 | REUTERS Photo
by French Press Agency - AFP Jan 06, 2016 12:00 am
British school examinations are to be timetabled in order not to disadvantage students from the Muslim minority observing Ramadan, exam boards said Wednesday.

GCSEs, taken by 16-year-olds, and A-Levels, taken by 18-year-olds, in core subjects such as English and mathematics could be set for the beginning of the exam season, before the start of Ramadan, which begins this year in early June.

Observant Muslim students are expected to fast during daylight hours in the holy month, which means up to 16 hours without food during the May and June exam season in Britain.

The Joint Council for Qualifications, which represents exam boards, said it would meet "the needs of various groups as far as possible".

Where possible, large-entry GCSE subjects "are timetabled prior to the commencement of Ramadan and consideration given to whether they are timetabled in the morning or afternoon", it said.

Mary Bousted, general secretary of the Association of Teachers and Lecturers trade union, said the issue had been up for recent debate.

"As educators we want all children to be able to achieve their best in exams that are so crucial to their future," she said.

"We shall continue to raise awareness of best practice and how education staff can support students during Ramadan."
Last Update: Jan 06, 2016 8:02 pm
RELATED TOPICS