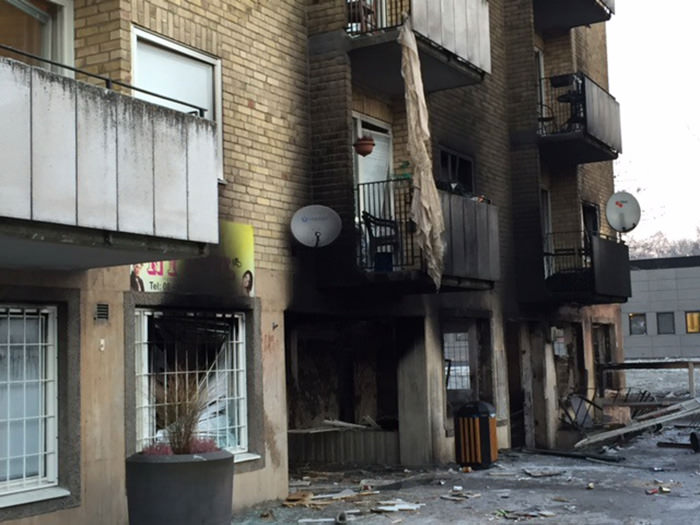 by Anadolu Agency Jan 07, 2016 12:00 am
Swedish police suspect a blaze early Thursday morning inside a Stockholm suburb building which injured ten people could be arson.

"The fire exit doors in the attic of the building were open-they should always be closed," Johan Ljungberg, deputy police spokesman in Vastra Gotaland told Swedish daily newspaper Aftonbladet on Thursday.

The fire was likely caused by an explosion inside a tobacco shop located inside the building, according to police. Two men were arrested in the suburb of Vallingby, west of Stockholm.

Freezing temperatures made it difficult for the firefighters to extinguish the fire, according to Swedish news agency TT.

Five of the 10 injured people are currently in hospital and 23 residents inside the building were evacuated, police said.

"It is unclear what injuries they have; one of them has a broken leg after jumping out of the window," Nicklas Mattsson, duty officer at the Stockholm police told TT.
Last Update: Jan 07, 2016 11:59 am
RELATED TOPICS