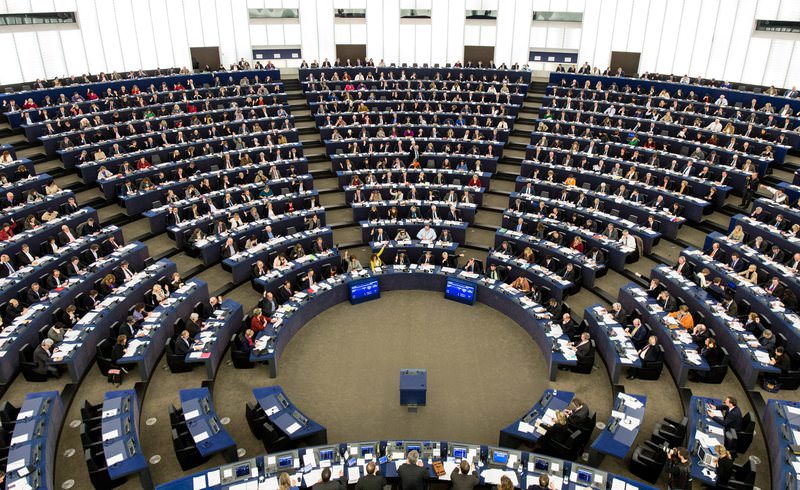 by Anadolu Agency
Jan 21, 2016 12:00 am
The European Parliament briefly refused to let in an Anadolu Agency journalist on Thursday after she refused to remove her headscarf for an ID photo.

The Anadolu Agency correspondent was already accredited to cover the plenary session of the European Parliament and follow the participation of the Turkish Minister for EU Volkan Bozkır.

However, once she showed up at the reception to get an accreditation card, European Parliament employees told her to remove her headscarf for an ID photo.

The journalist refused their request as she attended EP sessions several times since 2014 and never received such a request.

Once she called the EP's media office to explain them the incident, a press officer told her to "try to enter from another door".

"I cannot grant you the accreditation card without you taking a photo without the headscarf," press officer said.

A cameraman with the Turkish news channel TRT Haber, who was on site and tried to film the scene, was escorted out by a security officer, who also forced him to delete the video clip.

The security guard denied access to other Turkish journalists, too, while threatening to withdraw the accreditation of the TRT cameraman.

Finally, the reporter was able to enter the parliament building. She also had the confirmation of the Permanent Delegation of Turkey to the Council of Europe that there is no regulation against wearing a headscarf at the European Parliament or the Council of Europe.
Last Update: Jan 21, 2016 9:13 pm