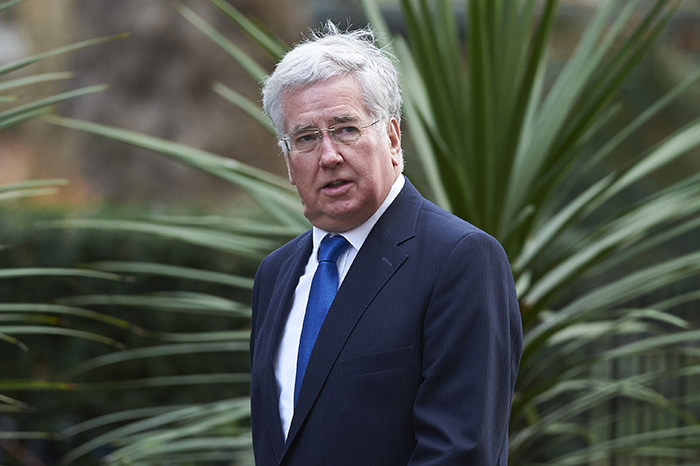 British Defense Secretary Michael Fallon (AFP Photo)
by Mar 01, 2016 12:00 am
Britain is to send troops to Tunisia to help prevent Daesh fighters from moving into the country from Libya, the British defense minister has said.

"A training team of some 20 troops from the 4th Infantry Brigade is now moving to Tunisia to help to counter illegal cross-border movement from Libya in support of the Tunisian authorities," Michael Fallon told Parliament on Monday.

The move comes after growing Western concern that Daesh is seeking to use Libya as a base to plan and carry out attacks. Last June, 30 British holidaymakers were killed when a gunman attacked a beach at a hotel on Tunisia's Mediterranean coast.

"I ... am extremely concerned about the proliferation of Daesh along the Libyan coastline, which is why we have been urgently assisting the formation of a new Libyan government," Fallon said.

Extremist groups have taken advantage of political chaos to expand their presence in Libya, and fighters loyal to Daesh have taken control of the coastal city of Sirte.

Western officials say they are discussing air strikes and special forces operations in Libya against the group that is seeking to set up a cross-border governance and has already seized large areas of Syria and neighboring Iraq.

Fallon said Britain was not currently planning to deploy ground troops to Libya in a combat role.

"Before taking any military action in Libya, we would seek an invitation from the new Libyan Government," he said.