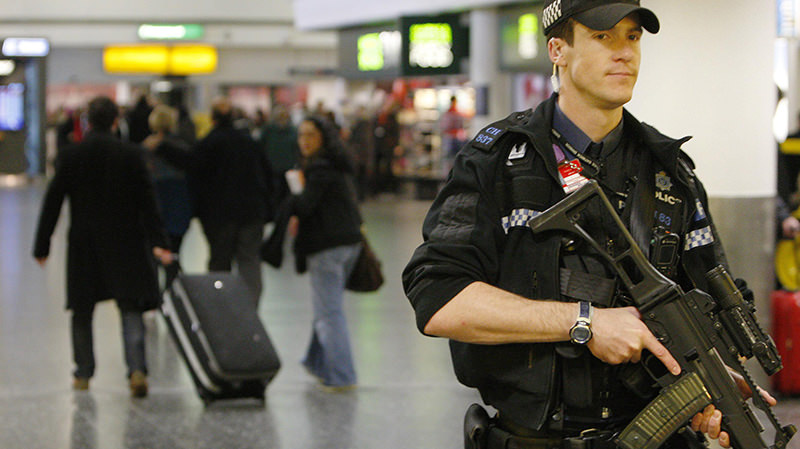 An armed policeman walks inside a passenger terminal at Gatwick Airport, in southern England December 28, 2009. (Reuters Photo)
by Daily Sabah Apr 04, 2016 12:00 am

British police on Monday have arrested a terrorist suspect at Gatwick Airport in London.

According to West Midlands police, the suspect is a 24 year-old man, and was detained before he boarded a plane for 'Syria-related terrorism offenses.'

Meanwhile, a 20-year-old woman in West London was also arrested for terrorism-related offenses and the two suspects are reportedly held at a police station in London.

Security services estimate some 600 Britons have joined the ranks of Daesh and other terrorist groups in Syria and Iraq. About half are believed to have returned to Britain.