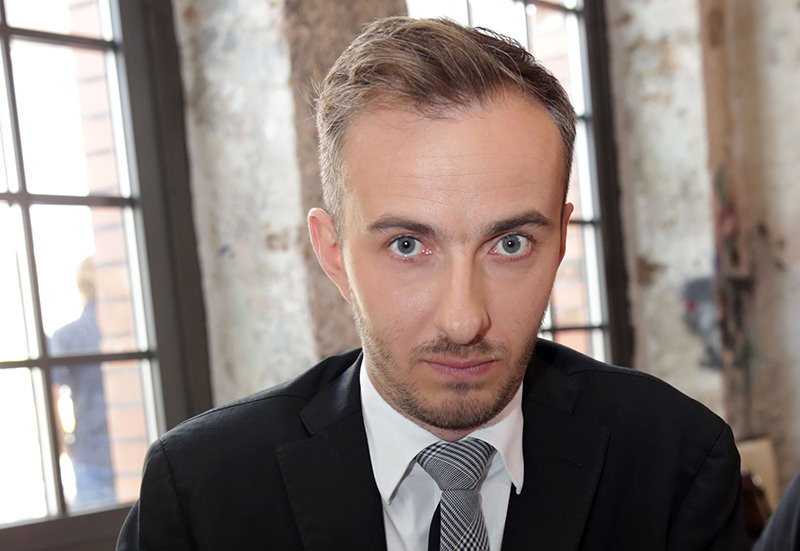 This file picture taken on June 14, 2013 shows German actor and TV presenter Jan Boehmermann poses on the occasion of his satirical political magazine ,Neo Magazin Royale, in Berlin (AFP Photo)
by Daily Sabah with DPA Apr 06, 2016 12:00 am
A German TV presenter who made headlines after reciting a defamatory poem insulting President Recep Tayyip Erdoğan on German television, could face legal repercussions for his actions under Germany's defamation laws.

Authorities are investigating whether the poem - with which Jan Boehmermann sought to outdo the offensiveness of a previously aired song of the same subject - was in violation of a law that forbids insults against organs or representatives of foreign states, Attorney General Andrea Keller said.

State prosecutors in the western city of Mainz said they would order German state broadcaster ZDF to provide them with a recording of the poem, which it first aired last Thursday.

ZDF said late Wednesday that the authorities had not yet contacted them about the investigation and gave no further comment.

The prosecution said plans to consult the Federal Justice Ministry on whether criminal proceedings would be launched in the name of the Turkish state or Erdoğan himself.

Chancellor Angela Merkel had criticized the poem as "deliberately offensive" and discussed the matter with Prime Minister Ahmet Davutoğlu.

Germany's state broadcaster, ZDF apologized on Friday for the satire it said that "had crossed the line into slander" and pulled the program from a repeat airing.