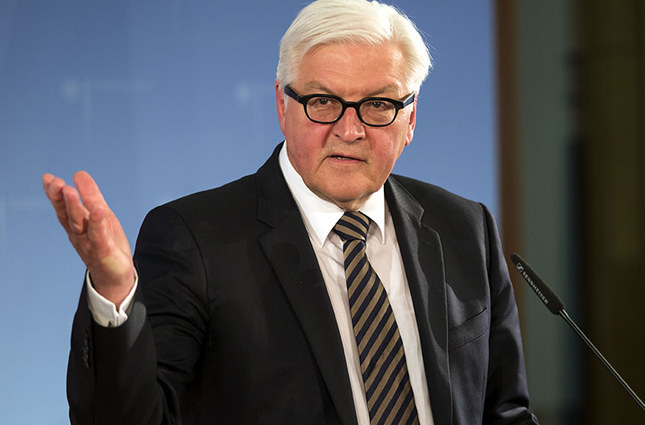 German Foreign Minister Frank-Walter Steinmeier Saturday said he had invited his Russian, Ukrainian and French counterparts to talks in Berlin on May 11 intended to smooth differences between Moscow and Kiev.

"It is necessary to give new momentum (to efforts) to surmount obstacles between Kiev and Moscow," Steinmeier said in comments due to appear in Sunday's Die Welt and sevral other European newspapers.

"That is why I have sent out an invitation for a meeting of foreign ministers... on May 11 in Berlin," said Steinmeier, two days after Ukrainian counterpart Vadym Prystaiko had suggested such a meeting.

Around 9,300 people have died and more than 21,000 have been injured since the revolt against Ukraine's pro-Western leadership erupted two years ago in the predominantly Russian-speaking east.

Despite a series of truce agreements the two sides have been unable to reach a political reconciliation agreement.

Steinmeier said the Berlin talks would look to the preparation of local elections in eastern Ukraine with "concrete proposals now on the table" alongside "interesting restabilisation proposals" from the Organisation for the Security and Co-operation in Europe (OECD).

But Steinmeier also warned that with the truce still proving fragile there was no time to be lost in seeking a diplomatic solution.

"As a result of hostilities, over the past 24 hours two Ukrainian soldiers have been killed and four others wounded," Ukraine's military spokesman Andriy Lysenko told journalists.

The latest killings came just hours after a new truce agreed in the Belarussian capital Minsk came into effect.