EU in danger of ‘politics of fear, of isolation’, German FM Steinmeier says 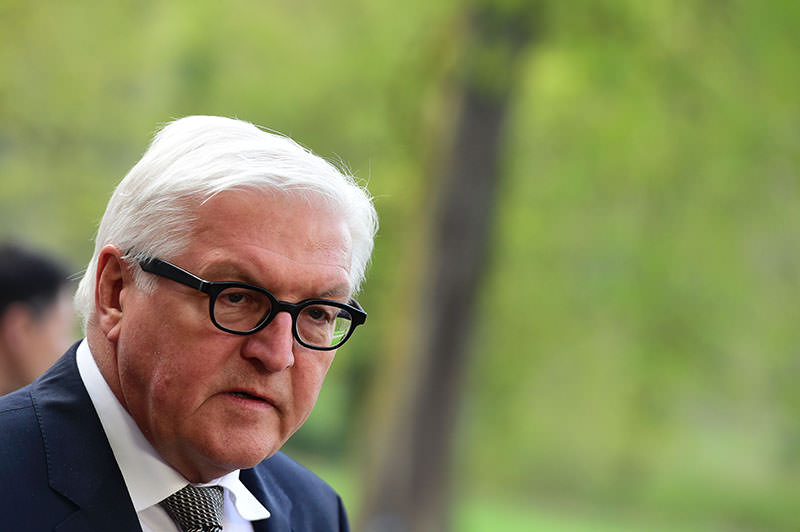 This file photo taken on April 12, 2016 shows German FM waiting for Austrian FM to arrive for their meeting at German foreign ministry's guesthouse in Berlin (AFP)t
by May 07, 2016 12:00 am

Germany's foreign minister warned of a return to nationalism in Europe as several challenges - from uncontrolled migration to eurozone instability - put political unity among EU member states to the test.

Currently posing a threat to the 28-member European Union is the "politics of fear, of isolation and of refusing common European solutions," Frank-Walter Steinmeier said Saturday.

"For a long time it seemed the European project was not in danger. As a result of the financial and migration crises, Europe has gone into a tailspin," he told regional newspaper Neue Osnabruecker Zeitung.

About 1 million people migrated into Europe last year, dividing the bloc as eastern states resist efforts from others such as Germany to forge an EU-wide response to the humanitarian crisis.

Steinmeier warned of rivalry between independent states being whipped up by right-wing populists advocating for an end to the EU, claiming that indicated a "dangerous historical amnesia."

One of Europe's most fervent eurosceptic campaigns is currently taking place in Britain, as the country gears up for an in-out referendum on EU membership in less than seven weeks.

Steinmeier's comments came as strikes paralyzed Greece for a second day Saturday, ahead of a meeting on eurozone finance ministers seeking to stave off bankruptcy in the country.