Azerbaijan's Aliyev, Armenia's Sarkisian to meet in Vienna to discuss ceasefire in Karabakh 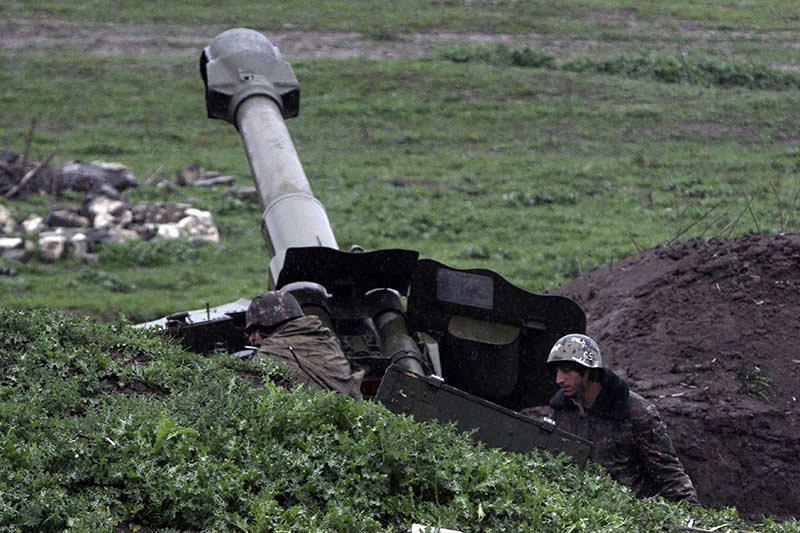 US Secretary of State John Kerry and Russian Foreign Minister Sergei Lavrov are to hold talks Monday in Vienna with Azerbaijani President Ilham Aliyev and his Armenian counterpart Serzh Sarkisian, in a bid to defuse tensions between the two countries.

It will the the first time that the Azerbaijan and Armenia leaders will meet since a surge in violence over the breakaway Nagorny Karabakh region.

Four days of fighting in Nagorny Karabakh in early April killed at least 110 people as a festering conflict over the territory flared into the worst violence since a 1994 ceasefire that halted a brutal war.

A truce hammered out by Moscow halted the latest bloodshed but the situation remains on a knife-edge.

Nagorno-Karabakh, a region in Azerbaijan, has been under the control of local ethnic Armenian forces and the Armenian military since 1994. Years of negotiations under the Organization for Security and Cooperation in Europe (OSCE) have brought little progress in resolving the territorial dispute.

Clashes erupted between two former Soviet republics over the control of the disputed region lying inside Azerbaijan's borders as early as 1988.

With the dissolution of the Soviet Union, Armenian forces, aided by the weapons vacuum, former Soviet forces fighting as mercenaries on their side and support from locals, captured the former autonomous oblast along with large surrounding areas in its east and south. When the fighting reached to a stalemate in 1994, around one-fifths of Azerbaijan's territory was inavded by Armenian and Karabakh troops and remained under their control ever since.

Azerbaijani troops are roughly in control in 20 percent of the territories of the separatist region, which makes up less than half of the occupied territories.

Armenian forces are being accused of committing grave human rights violations against local Azerbaijani population in invaded territories, with the Khojaly Massacre being the most notable.

The agreement by the two leaders to hold direct talks in Vienna appears a positive sign to shore up a fragile truce, but few expect there to be any major progress at Monday's encounter.

Moscow, which has sold weapons to both sides but has a military treaty with its close ally Armenia, is seen as central to stopping a conflict that some fear could end up spilling across the region.

Turkey has pledged to support its ally Azerbaijan, urging Armenia to stop its attacks on Karabakh. President Recep Tayyip Erdoğan has many times vowed to back Azerbaijan said, "Turkey will back Azerbaijan to the end." He had also previously criticized the international community for not taking the necessary steps to prevent the escalation of violence between the two countries.

Despite the international pressure being applied now to try to calm tensions, commentators on both sides feel that unless there is a conclusive resolution of the conflict there will be more eruptions of violence.

"If the meeting in Vienna does not yield any results, then the likelihood of a repeat of April fighting increases," said Elkhan Shainoglu of the Atlas think tank in Azerbaijan's capital Baku.