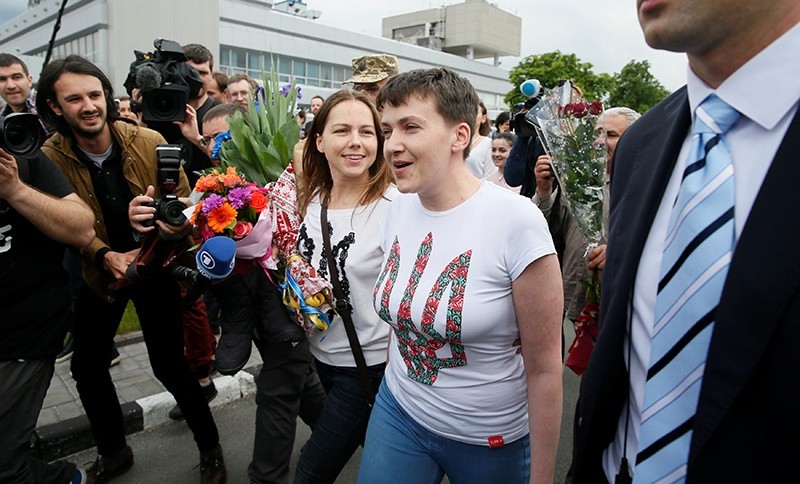 Ukrainian servicewoman Nadiya Savchenko and her sister Vera Savchenko walk at Boryspil International airport outside Kiev, Ukraine, May 25, 2016 (Reuters Photo)
by Compiled from Wire Services May 25, 2016 12:00 am

Two alleged Russian soldiers who were sentenced to 14 years in prison by Kiev for fighting alongside rebels in eastern Ukraine landed in Moscow on Wednesday in a swap for Ukrainian pilot Nadiya Savchenko, Russian television showed.

"I am happy and relieved that Ukrainian pilot Nadiya Savchenko has finally been released and can return to her family in Ukraine," said Steinmeier, also the current chair of the Organization for Security and Cooperation in Europe.