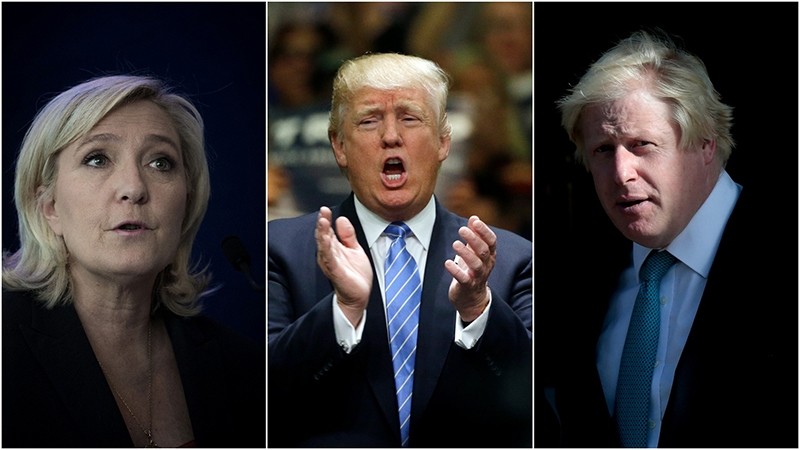 ,G7 2017 with Trump, Le Pen, Boris Johnson? A horror scenario that shows well why it is worth fighting populism with Juncker,, Selmayr wrote on his personal account. (FILE Photos)
by May 26, 2016 12:00 am

The tweet by Brussels' most powerful civil servant came shortly after the EU's chief executive accused former London mayor Johnson of distorting the truth in trying to persuade Britons to leave the European Union. Both interventions broke with the reserve EU leaders have been showing in fear of fuelling euroscepticism before the June 23 referendum.

European Commission President Jean-Claude Juncker noted during a news conference at the Group of Seven summit in Japan that Johnson once lived in the EU capital.

"It is time for him to come back to Brussels," he said, "in order to check in Brussels if everything he is telling the British people is in line with reality. I do not think so."

Juncker hopes that Prime Minister David Cameron can keep Britain in the 28-nation EU but he has warned against EU officials campaigning, saying it may be counter-productive.

His chief-of-staff, German EU civil servant Martin Selmayr, got a taste of that on social media after his tweet from Japan in which he imagined next year's G7 summit following leadership changes in four of the seven countries.

"G7 2017 with Trump, Le Pen, Boris Johnson, Beppe Grillo? A horror scenario that shows well why it is worth fighting populism with Juncker," Selmayr wrote on his personal account.

National Front leader Le Pen leads opinion polls ahead of a French presidential election next May; Trump is set to contest the U.S. presidential election for the Republican Party in November; Italian Prime Minister Matteo Renzi could face a snap parliamentary election by next year and ex-comic Grillo's anti-establishment 5-Star Movement is running him close in polls.

Johnson, meanwhile, is widely assumed to be positioning himself to challenge for the leadership of the Conservative Party and could succeed Cameron in the event of a vote to leave the EU -- a result that could prompt Cameron's resignation.

The tweet by Selmayr, a 45-year-old lawyer widely viewed in Brussels as a hyperactive political operator behind the scenes, provoked dozens of hostile responses on the social media site.

"@MartinSelmayr we are voting #brexit so we don't have to deal with the likes of you and regain sovereignty - your comments are offensive," wrote one of the more polite Twitter users, Jase Smale, who calls himself a "proud Conservative".

A Commission spokesman said Selmayr merely pointed out that "similar though not identical" populist trends could bring "less stability, less consensus" to the G7, including on issues such as trade and "how to deal with Russian aggression".

Trump speaks of seeing good relations with Russian President Vladimir Putin; Le Pen and 5-Star oppose EU and U.S. sanctions on Russia over its annexation of Crimea from Ukraine; Johnson has said the EU was partly to blame for the Ukraine conflict.

Responding to Juncker, Johnson told Sky television: "What I am saying to the British people is in line with reality." A vote to stay would see Britain drawn into an EU superstate, he said.

The uncertainty ahead of June 23 has contributed to mounting nervousness in Brussels. Selmayr chaired a meeting this week to discuss an EU response to a possible Brexit vote.

And Juncker has stepped up his public warnings to voters in Britain, saying last week that British "deserters" would get no favours in negotiations on new trade terms.