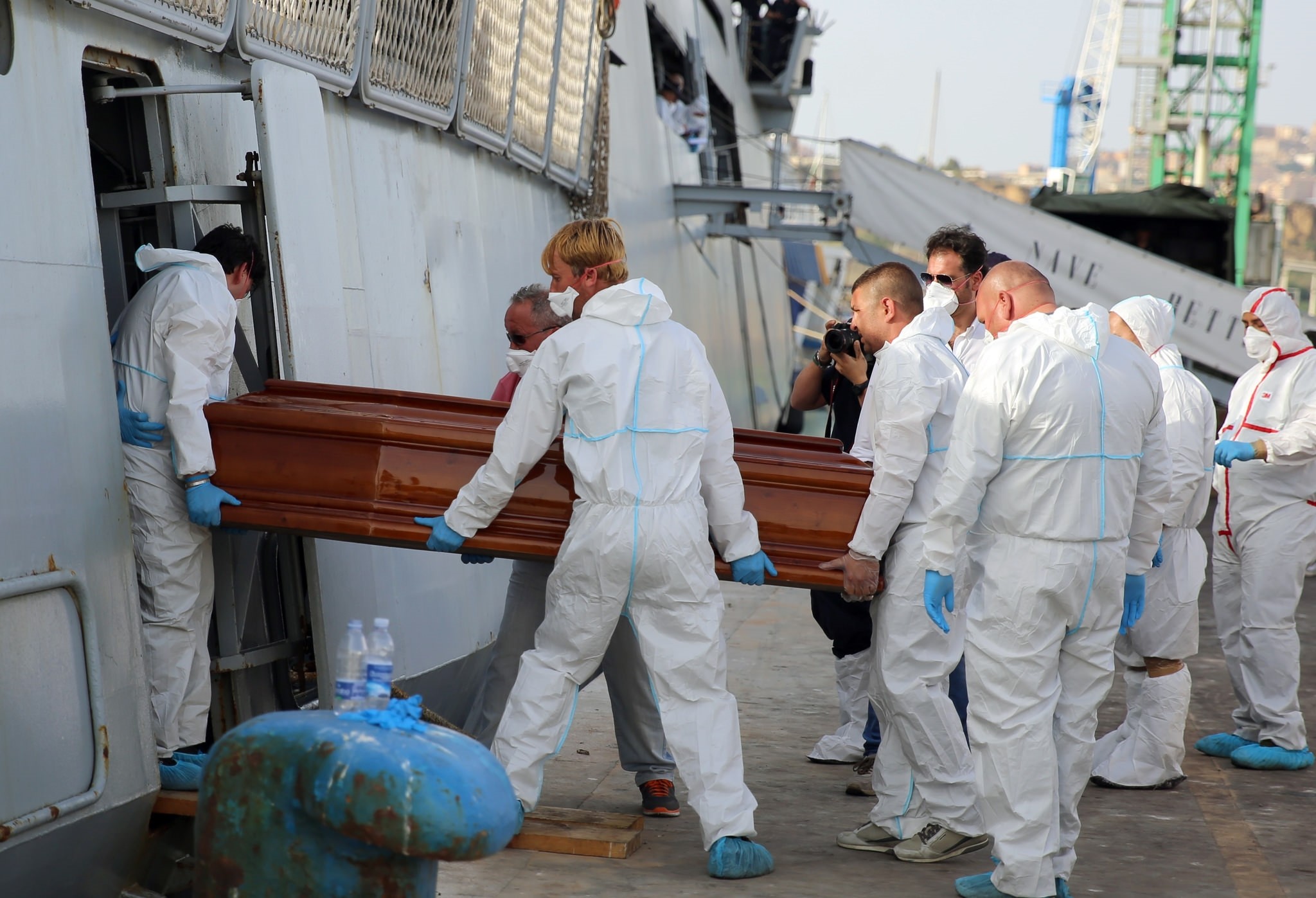 The Italian navy has recovered the bodies of 45 refugees who drowned Friday in the latest Mediterranean shipwreck while dozens of others are still feared missing, it said.

"The vessel Vega rescued 135 migrants from a sinking vessel. Forty-five bodies were recovered and search efforts are ongoing," the navy said on Twitter.

The latest tragedy struck just a day after up to 30 people were believed to have died in another shipwreck.

And in one of the worst such incidents in the Mediterranean recently, a fishing trawler with some 650 people capsized off the coast of Libya on Wednesday.

The Italian navy, which captured the tragedy in a horrifying video that shows the boat roll over and dump its passengers into the water, was able to rescue about 560 people.

But at least five died and 100 are still feared missing, according to many survivors who reported having lost a loved one or a fellow passenger.