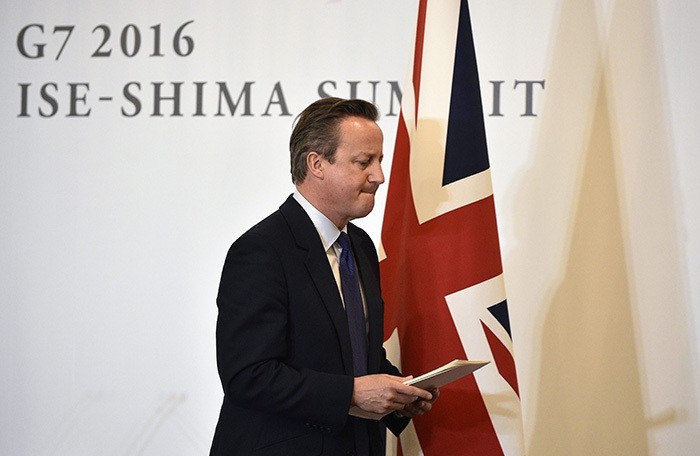 British Prime Minister David Cameron has attacked the organization campaigning for Britain to leave the European Union, saying its use of Turkey in its materials was "frankly appalling".

Cameron, who wants voters in his country to vote to remain part of the European Union in next month's referendum, said Friday that Vote Leave's statements on potential Turkish immigration were "a sign of desperation."

His message came as the pro-Brexit campaign was criticized by the U.K.'s official statistics body for overstating the cost of EU membership.

"Given the high level of public interest in the European Union referendum debate, it is vital that official statistics are used accurately, with important caveats and limitations explained," Andrew Dilnot, chairman of the U.K. Statistics Authority, said.

"The U.K. Statistics Authority is disappointed to note that there continue to be suggestions that the U.K. contributes £350 million to the EU each week, and that this full amount could be spent elsewhere.

"As we have made clear, the U.K.'s contribution to the EU is paid after the application of the rebate. We have also pointed out that there are payments received by the U.K. public and private sectors that are relevant here. The continued use of a gross figure in contexts that imply it is a net figure is misleading and undermines trust in official statistics."

Earlier, Cameron told the Muslim News website that a decision on Turkish membership of the EU was "not going to happen any time soon" and should not be a factor in Britain's own referendum.

He added: "In that context, I do find it concerning the way that the Leave campaign are talking about Turkish people in this referendum. Some of the material they are putting out, painting Turkish people as criminals or terrorists, is frankly appalling.

"Many British Muslims will be offended by the way they are trying to frighten people. I think it's a sign of desperation."