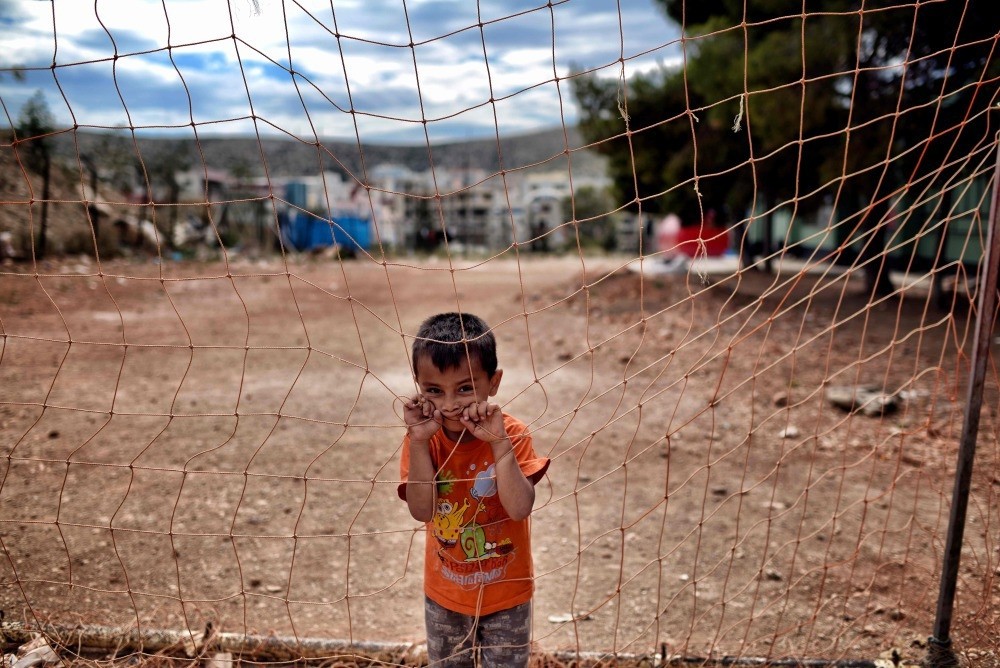 Thousands of migrants have been struggling with clashes and harsh conditions while stranded in Greek migrant camps, with their host country already mired in its worst economic crisis in generations

Tents were set on fire, punches were thrown, children cried through the night and families were forced to flee the burning detention camp and sleep in open fields.

As migrants wait for their asylum claims to be processed, some European officials say the assessment has been slow and the wait long for those confined to often overcrowded camps.

In June, the most violent month yet, dozens were injured in clashes on three Greek islands, police said. Videos from the local media showed clouds of smoke rising over the centers on three occasions.

In clashes on Lesbos the night of June 1-2, families with young children had to flee and spend the night in nearby fields or Mytilene town, several kilometers away, Amnesty International said. Many returned to burned down tents and destroyed belongings. Women told Amnesty they "live in constant fear" in camps where fights break out in food queues.

Journalists are barred from entering the camps on the islands. However, humanitarian organizations and police officials on the ground speak of people on edge.

"They're reacting. They want to leave the islands," said a police official for the northern Aegean region, which includes the islands of Lesbos, Samos and Chios where rival migrant groups have been brawling. "We're bracing for all eventualities."

Rumors and a lack of information and legal help made things worse, said Giorgos Kosmopoulos, an Amnesty International researcher and former Greece director. Non-Syrians said they were not given priority and felt neglected, he said.

"It is important to recognize that these procedures do take time," said Boris Cheshirkov, a spokesman for the United Nations refugee agency on Lesbos, the gateway into Europe for nearly a million people last year.

A asylum seeker, Shahnaz Sadat, 22, told AFP at the army-run camp of Schisto near Athens that they even have to queue at the bathroom sink for drinking water. Expecting twins in a few months, she said, "Food is not good especially for women, for children, for pregnant women, for all of them."

Previously a disused army base in Athens' industrial zone, Schisto houses 1,700 people of all ages, the vast majority from Afghanistan. Around 700 have expressed an interest in fasting, according to authorities here.

"Your soul must be under control. It's a little bit more difficult here," says Ahmad Tamim, 22, an economics student from Kabul, reflecting on the discomfort of having spent the last four months in the camp.

Mohammad Mahdi Ishag, a business graduate helping as a translator at the camp's infirmary, said: "When I was in Afghanistan I was with my family my mother prepared all the things and here I feel it's more difficult because I have to prepare for myself food at night and in the morning. It's too difficult," he said.

Conditions are even harder for those on the road; migrants gathered in unofficial camps near the border with Macedonia, hoping to cross through with the help of smugglers.

At Polykastro in northern Greece, one such camp has emerged around a highway fuel station around 20 kilometers from the border.

Volunteers preparing iftar for the migrants are amazed when some come out of their tents carrying small gifts. "They gave me croissants and fruit juice. I don't understand why they do it," said a Greek man helping to clean the camp.

Ayaz, 31, from Syria, explains that Ramadan "is a period that demands good deeds and generosity."

Greece, also mired in its worst economic crisis in generations, says it is doing its best to accelerate the process but insists each case must be given the attention it requires. "It's a sensitive procedure, it's complicated, we make sure we strictly follow the rules," said the government's spokesman for the migration crisis, Giorgos Kyritsis.

So far, 726 cases have been heard and 519 of those have been deemed eligible to apply for asylum in Greece, Kyritsis said, while the remaining 207 can appeal the decision. Despite its intention to process all cases, Greece lacks the manpower to deal with the volume of applications. It says it needs more help from European Union institutions.

As many as 6,656 people applied for asylum in March and April this year, up from 1,899 in those months last year. Even if the authorities could hire more people, they would need to be highly qualified legal experts, government officials say.

Brussels acknowledges the process should be in line with international humanitarian law but EU officials and diplomats are pressing Greece to speed things up.

Beyond the claims made on its islands, Greece must process claims of some 48,000 refugees and migrants stranded on the mainland by the closure of Balkan borders, which shut the main overland route used last year by migrants headed for Germany.

Those at the frontier are eligible for an EU relocation scheme intended to help frontline countries Greece and Italy share the burden, but it too has been moving slowly. "We're trying for the best, and we're improving," Kyritsis said.

The majority of migrants come from the Middle East and Africa. The turmoil in the Middle East and the civil war in Syria have led many people to flee the conflict and violence in an attempt to seek security and shelter in a more prosperous and peaceful country, such as one in Europe. Compared to Syria's neighboring countries, the U.N. refugee agency encouraged European countries to do more to share the burden of the international community in the migrant crisis.
RELATED TOPICS