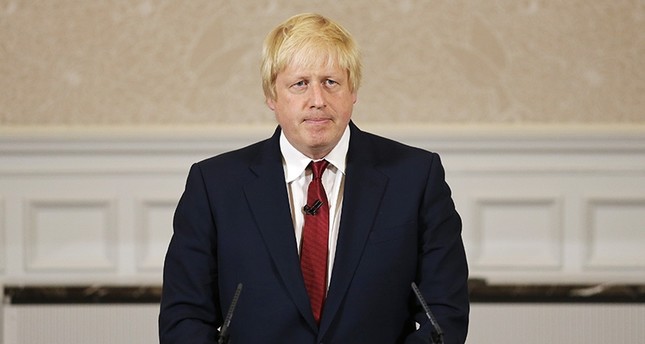 Former mayor of London Boris Johnson on Thursday ruled himself out of the race to succeed Prime Minister David Cameron on a day of high drama following Britain's shock vote to leave the EU.

The decision by Johnson -- who spearheaded the "Leave" campaign -- upended the Conservative Party leadership contest and added to deep uncertainty over how the country will split from the 28-nation alliance.

Johnson had been widely tipped as a favourite to succeed Cameron, who resigned in the wake of the June 23 referendum and left it to his successor to open formal talks with the EU on Britain's departure.

The most likely choice is now Interior Minister Theresa May, who called for "unity" in the deeply divided Conservative Party and said Brexit negotiations should not be started this year.

Johnson made his announcement after Brexit ally Michael Gove announced his own bid for the top job, slamming the leadership of the mop-haired politician.

"Having consulted colleagues and in view of the circumstances in parliament, I've concluded that person (new prime minister) cannot be me," Johnson said in a speech in London.

Share on Facebook Share on Twitter
Previous in Europe The CIA paid Romania "millions of dollars" to host secret prisons,... Next in Europe Another powerful, controversial man is taking to reality TV to find...
DAILY SABAH RECOMMENDS