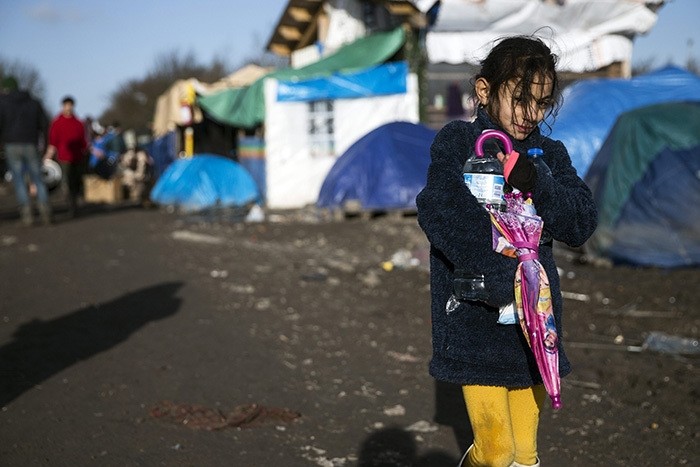 |EPA Photo
by Jul 08, 2016 12:00 am
Nearly 96,000 refugee and migrant children who travelled to Europe alone in 2015 sought asylum in the European Union, almost four times as many as the previous year, an EU agency said on Friday.

More than half the unaccompanied minors were Afghans, followed by Syrians and Eritreans, the European Asylum Support Office (EASO) said in its annual report for 2015.

Over a million people fleeing wars and conflict in the Middle East, Africa and Asia reached the EU last year in the continent's biggest migration crisis since World War Two.

More than 1.4 million people, mostly Syrians and Afghans, sought international protection in the EU in 2015, EASO said, up 110 percent from 2014 and the highest number since the EU began collecting data in 2008.

One in three applicants lodged a claim in Germany, the report said.

The number of Syrians who applied rose three-fold to 380,000. Nearly 200,000 Afghans also applied, more than four times the number of applications in 2014.

The unprecedented rise in asylum applications led to shortages of accommodations in many member states, the report said, "often leading to temporary deterioration of reception standards and delays in accessing them."