Mosques in France to be financed through foundations 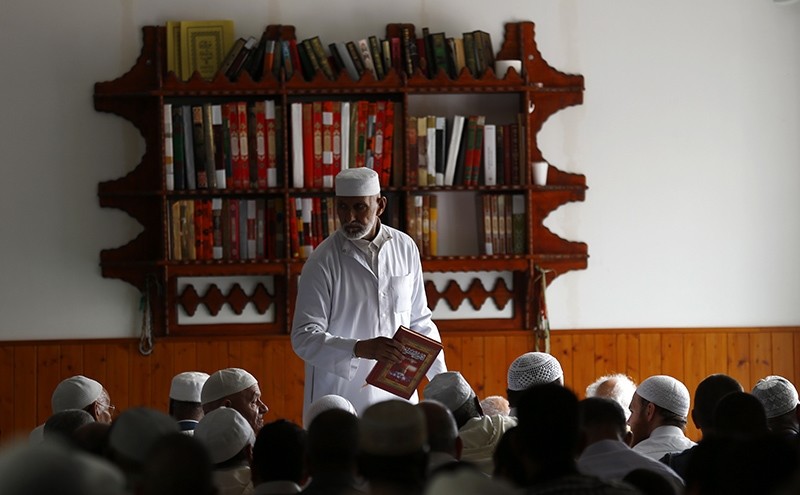 A new foundation will be created to help finance mosques in France and keep out terrorist benefactors, the head of the French Muslim Council said Monday.

Anouar Kbibech proposed the foundation would be used to fund the construction and running of mosques and would be financed by fees paid by actors in the halal food sector.

France, home to Europe's largest Muslim community, is a secular state that prohibits the use of state money for places of worship. Prime minister Manuel Valls said Sunday he wants to put an end to the financing from abroad for the construction of mosques.

"Almost all Muslims of France are attached to a serene, open, tolerant Islam and they are fully respecting the values and laws of the Republic," Kbibech said on LCI television.

After meeting Kbebich, Interior Minister Bernard Cazeneuve said he wants the foundation to be launched in October.

The debate about the financing of mosques in France was revived by last week's slaying of an elderly priest in a Normandy church by two terrorists. Some observers have suggested foreign influence over certain mosques and prayer rooms in France could encourage the radicalization of attendants.

Cazeneuve said 20 Muslim places of worship have been shut down in recent months due to radical views being exposed there.

"There's no room in France for those who call for and stir up hatred in prayer rooms or mosques and do not respect the principles of the Republic," he said.

He added the government is working on a way to guarantee "total transparency" in the financing of the mosques while at the same time "strictly respecting the secular principles of the Republic."

The French Muslim Council, the CFCM, is also working to improve the training of imams in France so that they have a better knowledge of the country's secular history and the institutions of the Republic, Kbebich said.

On Sunday, dozens of Muslims in France and Italy attended to Catholic Mass as a gesture of interfaith solidarity following the attack on the priest.