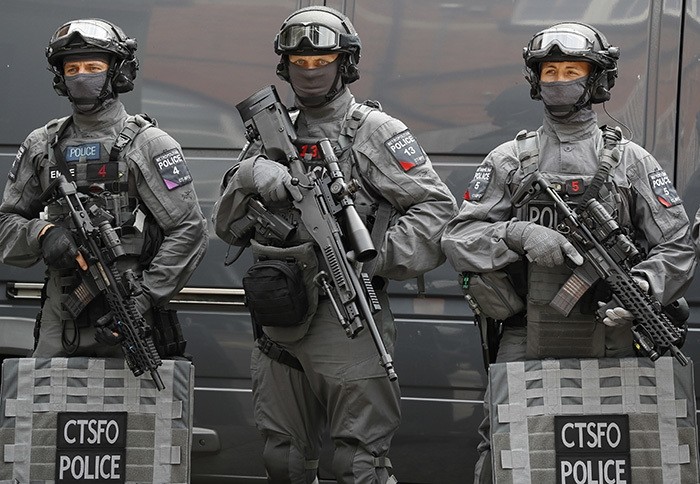 Britain has announced the deployment of 600 extra armed police to the streets of London in response to terror incidents across Europe.

The Metropolitan Police, which operates in the U.K. capital and is the largest force in the country, said the public would notice an increased number of officers.

The deployment is unusual because most British officers do not carry firearms, but police commissioner Bernard Hogan-Howe said the operation was not based on any "specific intelligence".

"Anyone who's been following events in Europe over the past few weeks will understand why we want to show our determination to protect the public," Howe said in a joint statement with London Mayor Sadiq Khan on Wednesday.

"We are deadly serious about the protection that we are offering the people of London and we will never be complacent.

"That's why I'm increasing the visibility and the number of armed officers on London's streets, and demonstrating some of the range of tactics we already have to protect the public from all manner of threats."

Khan added: "‎The threat level here in London has not changed, but it does remain at 'severe' and especially in light of recent deadly attacks in Europe it is important we are prepared should the unthinkable happen.

"We will see more armed officers on our streets, but there is no reason to be alarmed. All of our police officers are playing their part and working closely with all of our communities to prevent the possibility of an attack."

Terror threat levels in the U.K. are used by agencies and the police to determine the level of security they should provide to public buildings and figures.

The level has been at severe, the second highest, since August 2014.