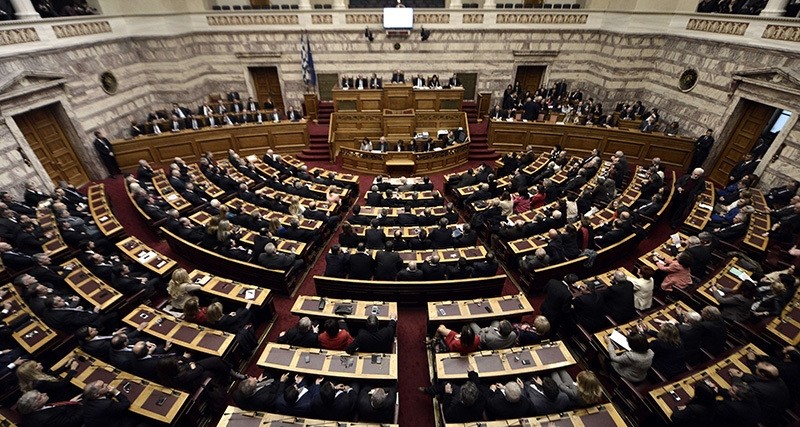 Lawmakers in Greece on Thursday approved construction of a state-funded mosque near central Athens — a proposal that triggered dissent within the coalition government amid a heated public debate on how to manage the migrant crisis.

The proposal, approved by 206-24 votes in parliament, follows several failed attempts to implement the project that had previously faced opposition from the country's powerful and influential Orthodox Church.

The governing radical left Syriza party backed the 950,000-euro ($1 million) project, but it was opposed by its nationalist coalition partner, the Independent Greeks.

Tens of thousands of Muslim migrants live in greater Athens and use informal prayer rooms around the capital — many set up in basements and failed businesses in run-down neighborhoods.

Speaking at one prayer site, Syrian-born immigrant Ahmed Halez Hasan said he believed political opposition from previous governments had held up the venture for more than a decade.

"This issue has come up before many times, repeatedly, and then it stops. It stops because of the government. But I think this government will help," said Hasan, who has lived in Greece for more than 30 years.

The number of Muslims in Greece has increased following the refugee crisis last year, when the country was on Europe's busiest transit route for people fleeing to the continent.

The proposed site of the new mosque is in a mainly industrial area on the outskirts of the city center, near a United Nations-run camp for refugees.

Speaking in support of the mosque, Education and Religious Affairs Minister Nikos Filis argued that Greece should avoid mistakes made by other European policymakers that left many migrant communities socially isolated and vulnerable to the the threat of extremism.

"It is truly the elephant in room: Europe has not accepted that Islam is a reality," he told parliament. "The existence of makeshift mosques (in Athens) is a disgrace for our country."

Before Thursday's vote, the extreme right Golden Dawn party said it would continue to oppose the mosque and back protests aimed at blocking its construction.

"We will not allow this to happen. Golden Dawn will do everything in its power to stop it," party lawmaker Yiannis Lagos said.