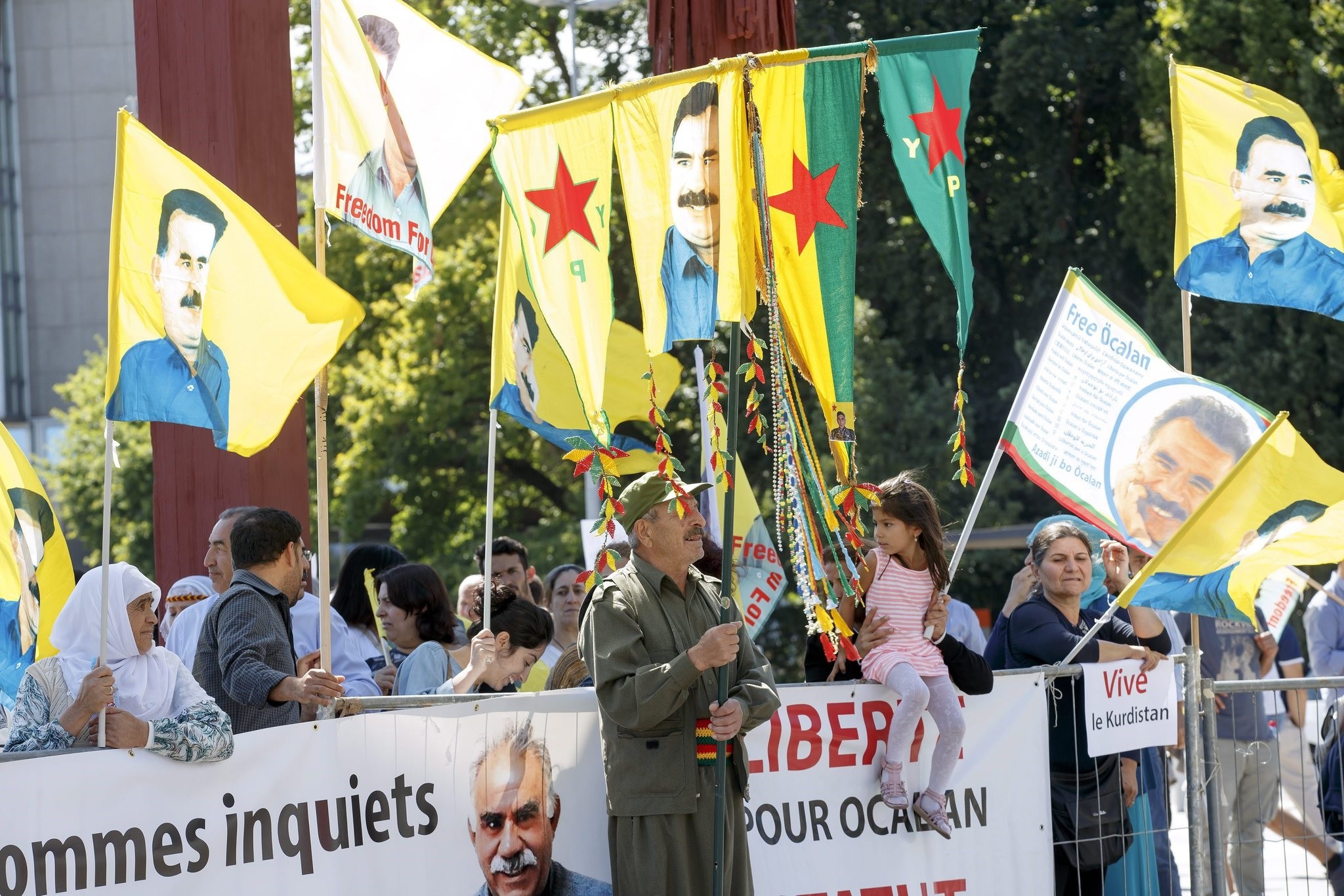 PKK supporters hold flags with the portrait of PKK leader Abdullah Ocalan during a rally against the Turkish government, in Geneva, Switzerland, 11 August 2016. (EPA Photo)
by Anadolu Agency Aug 11, 2016 12:00 am

Swiss police on Thursday arrested five supporters of the PKK terrorist group who jumped over the security wall around the U.N. compound in Geneva.

The detainees were reportedly among about 100 demonstrators in front of the U.N. headquarters, who chanted slogans in support of Abdullah Ocalan, jailed PKK leader.

Following the incident, two of the three exits at the compound were closed for security reasons.