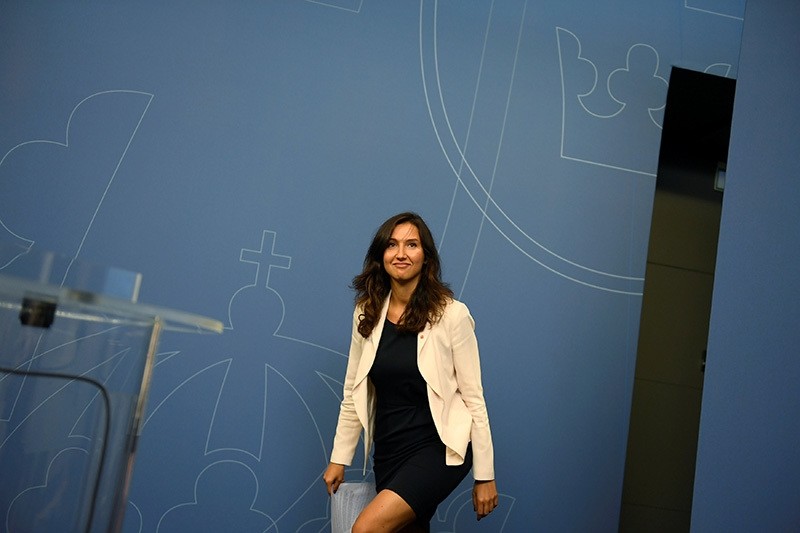 Sweden's youngest ever cabinet minister, who came to the country as a refugee from Bosnia, announced her resignation on Saturday after being caught driving under the influence of alcohol.

Aida Hadzialic, 29, minister for secondary and adult education, revealed that she had been stopped by police in the southern city of Malmo and tests showed she had an alcohol level of 0.2 grammes per litre of blood -- just the level considered an offence in Sweden.

"That was the biggest mistake of my life... I will take responsibility. I announce my intention to resign from my ministerial post," an emotional Hadzialic told a press conference at government headquarters in Stockholm.

"I understand that a lot of people are disappointed in me. And I am angry with myself, and certainly I deeply regret it," added the young politician seen as the future of the Social Democrat party.

Hadzialic was born in Bosnia and immigrated to Sweden at the age of five, in 1992, with her parents fleeing the war in the Balkans.

She became involved in the Social Democrats youth movement in high school and went on to be elected a municipal councillor at age 23.

Then in 2014 at 27 she became the youngest ever government minister in Sweden's history.

She is not the only politician to have to drop out since Sweden's political left returned to power two years ago.

Deputy premier and environment minister Asa Romson from the Green party resigned in May after a series of gaffes, the last being to describe the 2001 terrorist attacks in the United States as "the accidents of September 11".

Housing minister Mehmet Kaplan, of Turkish origin, had to step down in April after comparing Israelis to the Nazis, and Mona Sahlin, the national coordinator for protecting democracy against violent extremism, was forced to resign in May after media revealed that she had made false income declarations for her bodyguard to help him obtain bank loans.