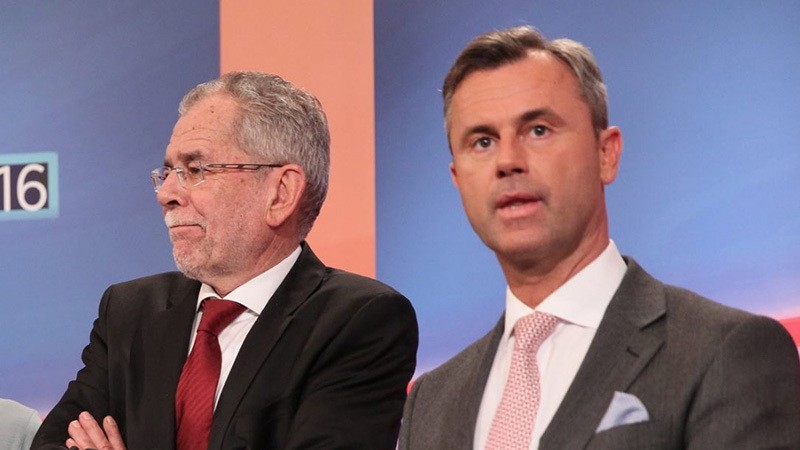 Norbert Hofer, the far-right Freedom Party's (FPÖ) candidate for president of Austria, said in an interview that he supports the burka ban in Austria and blocking negotiations with Turkey over EU accession.

In a question related to a proposed burka ban, the Local quoted Hofer as saying "Yes, and I think [a ban] makes sense."

After the failed coup attempt in Turkey, more than 5,000 demonstrators took to the streets of Vienna.

He even went further by saying if Turkey joins the EU or if the EU does not allow more freedom for member states, then he would work for an Austrian exit from the EU.

Hofer lost by a whisker in May to former Greens party leader Alexander van der Bellen in an election that Austria's constitutional court this month ordered re-run given vote count irregularities. Hofer has widened his lead according to a Gallup poll ahead of October's repeat election for the Austrian presidency. If successful, he would be the first far-right head of state in a European Union country.

Recently, support for far-right and anti-migrant parties across Europe has surged, especially over fears of an influx of refugees fleeing violence and persecution in the Middle East and Africa. Political parties like the Alternative for Germany (AfD) in Germany or Front National (FN) in France have adopted a strong anti-immigrant and anti-Muslim discourse.