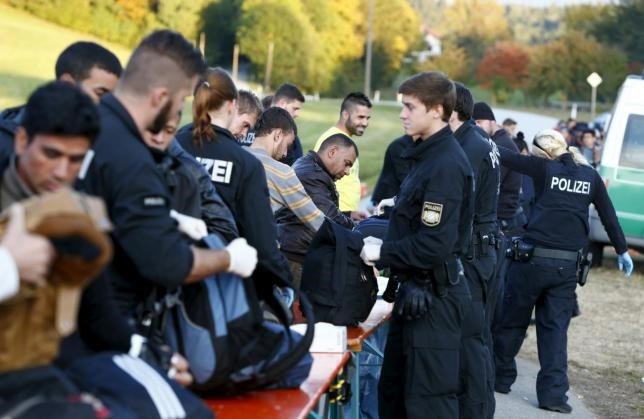 Migrants are controlled by German police officer near Breitenberg, south eastern Germany, October 5 (Reuters Photo)
by Aug 14, 2016 12:00 am
The return of criminal Syrian refugees to their homeland is not an option, German Interior Minister Thomas de Maiziere told the Sunday edition of Der Taggespiegel.

"As long as there is no peace in Syria, this is not a possibility," said the minister from Chancellor Angela Merkel's liberal-conservative Christian Democratic Union party.

De Maiziere defended the country's deportations of Afghan citizens, saying that "together with our Afghan colleagues, German soldiers and police are making every effort to improve security in Afghanistan."

The minister said that Germany was not able to cope with the number of "young Afghans leaving their country and looking for a better future in Europe."

Unlike in Syria, there are regions of Afghanistan considered safe for refugees to return, De Maiziere said.