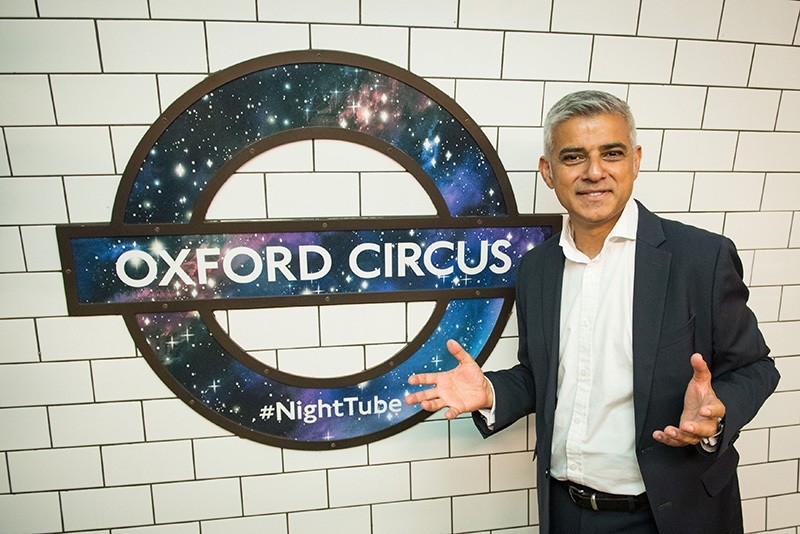 London was set to start the first all-night underground rail services for 150 years late Friday, as analysts forecast that the move could support thousands of new jobs and add tens of millions of pounds annually to the city's economy.

"The launch of the Night Tube this evening will provide wonderful benefits to London," said London Mayor Sadiq Khan.

"It will support thousands of workers who have to travel to or from work at night, it will provide huge economic benefits to our vital night-time economy and it will help Londoners get home quickly and safely after a night out," Khan said in a statement.

Friday and Saturday night services on the London Underground, popularly known as the Tube, will begin on two lines: the 74-kilometre, east-west Central Line; and the 21-kilometre Victoria Line, which snakes through central London from Brixton in the south-west to Walthamstow in the north-east.

It promises to end the dilemma faced by anyone who has been out to enjoy the British capital's nightlife: to end the party early and catch the final train at midnight, or brave the city's notoriously jarring overnight bus network.

All-night services are scheduled to open on several more lines this autumn, Transport for London said, while financial analysts predicted the new services could boost the city's economy by up to 77 million pounds (101 million dollars) annually and support tens of thousands of new jobs by 2029.

"At a time of economic uncertainty - particularly following the Brexit vote - this is a welcome boost to London's economy," government-backed London First and consultants EY said in a report.

London Transport Commissioner Mike Brown said the Night Tube will be "a massive benefit for our half a million and more customers who use the Tube after 10 pm on Fridays and Saturdays."

"Its introduction is a historic step in the modernization of the Underground and our continuing work to make life easier for Londoners and to support London's economic growth," Brown said.

The extra underground services will be supported by more police and linked bus services, Transport for London said.

"Passengers on the Night Tube must be able to travel with the same confidence they are used to during the day," Khan said earlier this week.

"That's why we're investing 3.4 million pounds to ensure that dedicated officers are on hand to offer the support and visible reassurance Londoners expect."

Transport for London says there has been a 170 percent increase in demand for travel on night buses since the turn of the century, fueled by a rise in population and more businesses that need to operate 24 hours a day.

But transportation officials were not always so keen.

London Underground once claimed the entire system would "come to a halt within days" if 24-hour running was introduced.

It said the problem was engineering: metro networks like New York operate four tracks on most routes, allowing repair and maintenance work to take place on two lines while running trains on the other two.

London's network by contrast is the oldest in the world-the first line opened in 1863-and exclusively operates two tracks, meaning the trains had to stop to allow the engineers to work.

"So that's why the Tube must close down for a few hours every night. Remember that the next time a politician promises, in exchange for your vote, he or she will have the system running 24 hours a day," a caustic message on London Underground's website read in 2003.

But within years, London was running an all-night service each New Year's Eve. A similar service operated when the city hosted the Summer Olympic Games in 2012.

After proving all-night running was a technical possibility, the network's maintenance program was radically altered so that all routine engineering work took place overnight on weekdays only.

But when Khan's predecessor as mayor, Boris Johnson, announced the Night Tube in November 2013, there was an obstacle he had not foreseen: whether drivers and station staff were willing to operate it.

Labor unions staged a series of all-out strikes in a dispute over work hours and pay, forcing Johnson to first delay and eventually cancel his planned September 2015 launch date.

The workers' dispute now resolved, the Night Tube will launch on two London Underground lines on Friday with three further lines to follow before the end of the year.

It joins cities like Berlin, Melbourne and Vienna in running a 24/2 operation, although it will always be a relative minnow to the 24/7 service offered by New York and other U.S. cities.

For Mayor Khan, the Night Tube is a massive economic boost to the U.K. capital two months after the vote for Brexit.

Londoners voted strongly to remain a European Union member but were outnumbered by voters elsewhere in England and in Wales. Khan has argued London-as Europe's largest financial center-must remain as close as possible to the EU and its single market.

The Night Tube is one way to boost business, he said. The economic benefits will see £77 billion ($101 billion) turn over in the London's economy, supporting around 2,000 permanent jobs, according the figures provided by the mayor.

The London Underground opened in 1863 and now carries some 1.34 billion passengers annually on its 11 lines, which cover a total of 402 kilometers.