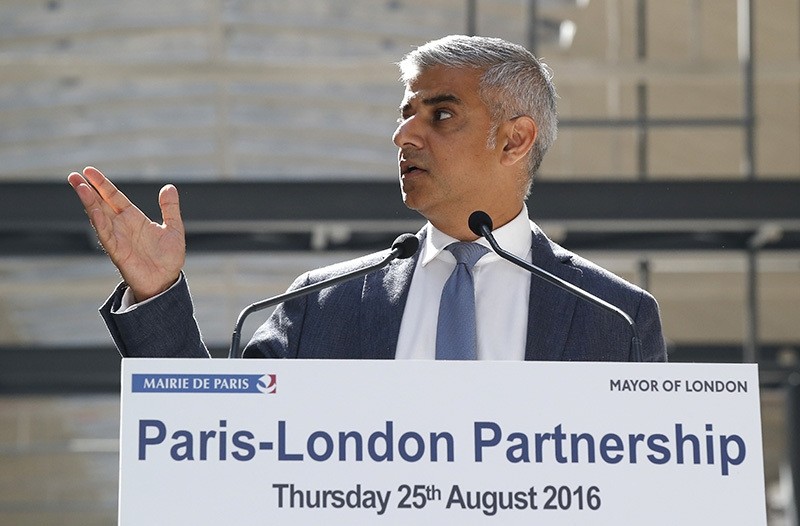 London Mayor Sadiq Khan spoke out against the banning of the Islamic burkini swimsuit in France as he headed to Paris Thursday for talks with his French counterpart, who also criticized the ban.

Khan, the first Muslim mayor of a major Western capital, spoke out after some 30 French towns banned the burkini, triggering a fierce debate about women's rights and secularism.

"I don't think anyone should tell women what they can and can't wear. Full stop. It's as simple as that," he told the London Evening Standard newspaper.

"I don't think it's right. I'm not saying we're perfect yet, but one of the joys of London is that we don't simply tolerate difference, we respect it, we embrace it, and we celebrate it."

Khan is due to hold talks with Paris Mayor Anne Hidalgo covering the impact of Britain's vote in June to leave the European Union as well as trade and security.

"I'm here in Paris to make it clear that London is open -- open to the world, open to trade, open for new business ventures and collaborations, open to new ideas, new talent and people," Khan said ahead of the visit.