Missing refugee children in Germany feared to be abused by criminals 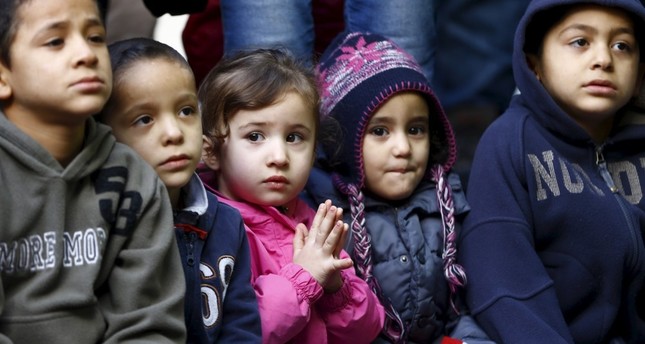 The number of missing refugee children aged between 14 and 17-years-old has reportedly doubled since the start of this year, as many of them are believed to be subjected to mistreatment and abuse

Germany's Federal Criminal Police Office (BKM) has confirmed that around 9,000 refugees underage had gone missing by July 1, fueling concerns that the missing minors might have fallen into the hands of criminal gangs and are being abused.

Repercussions of Europe's failure to come up with a rudimentary policy to the protracted refugee situation that engulfed the entire continent continue apace, with more difficulties to integrate the refugees emerging. The latest in a series of issues, Europe is now facing the increasing number of refugee children who are reported missing. Local media that cited the BKM revealed the current number as being 8,991. And the figure is reported to have doubled from January, when 4,749 refugees were known to be missing.

It is not yet clear how exactly the children vanished, but lack of a solid and profound registration system is cited among the reasons for the failure of the German government to keep tabs on the refugee children. Unless the apathy toward the issue is dispelled, experts believe the problem may breed alarming consequences, such as the recruitment of the missing children by terrorist organizations. There is currently a lack of official information as to where these refugee children are, but fears are mounting that they could be abused at the hands of criminal gangs who might be exploiting them for prostitution, trafficking drugs or human organs.

German officials say they are taking the matter "seriously" but note that the task is proving hard for them due to the lack of "central data collection."

The refugee influx that Europe is still grappling with, has come with its consequences, from security issues to problems regarding their integration. The ability to absorb more refugees is waning for Europe and whatever precaution the governments are taking individually, falls short of averting the problem of illegal crossings and a unified solution is required, experts agree.

Germany is taking the lead in hosting the refugees among other European countries in number, however it raises doubts about its capability to control the refugees it is sheltering. The doubling of the number of minor refugees has brought the German government under spotlight. The government says it adopted new measures to record the identities of asylum seekers on entry, but the increasing number of missing refugees leads to questions concerning their efficiency.

Ali Faik Demir, an academic at Galatarasary University questions the capability of the German government to fulfill its duties as a strong state of law regarding the refugee issue. He says: "Germany and other European countries have been speaking critically over Turkey's capability to deal with the refugees it hosts, but they should keep in mind that Turkey is currently sheltering over 3 million refugees. It is a contradiction when they cannot even manage to monitor a handful of refugees. Where are these children? How can such large number of children go missing? They should question their ability and tighten their control of refugees."

Now these children, who are extremely vulnerable to exploitation, might have been recruited by a terrorist organization, namely DAESH, it is feared.

There is a rising trend among terrorist organizations to recruit minors as combatants to use them in their most deadly operations, primarily because underage recruits are easier to manipulate and brainwash than adults. The vulnerability of these child soldiers renders them useful for terrorist members; moldable, in a sense, because they are subservient and lack a tendency to defy authority. The majority of these children are teenagers trained to turn into thugs and later used to carry out the most dangerous jobs of their gang. Now these children who are unaccompanied could fall prey to these terrorist organizations. It is considered an absolute breach of children's rights and might also cause security issues for the country, unless the problem is addressed urgently.

So the matter, many critics believe, should be taken up not only from the perspective of the abuse of children's rights, but also taken seriously because of security concerns.

Share on Facebook Share on Twitter
Previous in Europe Polish Foreign Minister Witold Waszczykowski on Monday criticised... Next in Europe The far right is ahead in Austria's presidential race, according to...
DAILY SABAH RECOMMENDS