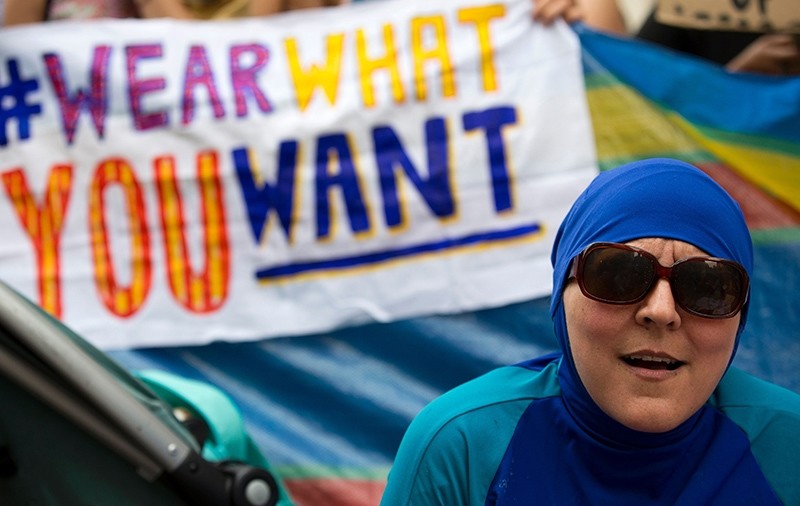 | AFP Photo
by reuters Aug 30, 2016 12:00 am
The United Nations human rights office has called on French beach resorts to lift their bans on the burkini, calling them a "stupid reaction" that did not improve security but fuelled religious intolerance.

U.N. High Commissioner for Human Rights Zeid Ra'ad Al Hussein welcomed the decision by the Conseil d'Etat against the Mediterranean resort of Villeneuve-Loubet, his spokesman Rupert Colville said. A dozen other towns also have such bans.

"We call on the authorities in all the other French seaside towns and resorts that have adopted similar bans to take note of the Conseil d'Etat's ruling that the ban constitutes a grave and illegal breach of fundamental freedoms," he told a briefing.

"We urge all remaining local authorities which have adopted similar bans to repeal them immediately."

The "highly discriminatory" bans should be repealed before the summer holiday season ends, Colville said.

Bans have been defended on the grounds that burkinis violate French principles of secularism.

They come after mass killings by Daesh terrorists in France over the past 20 months. Colville said the U.N. rights office understood the grief and anger generated by the attacks.

Such decrees "fuel religious intolerance and the stigmatisation of Muslims in France, especially women", he said.

They "may actually undermine the effort to fight and prevent violent extremism, which depends on cooperation and mutual respect between communities".

The bans were "nothing to do with health or hygiene", as argued by some French officials, Colville said.

"And it's a complete contradiction to think we liberate people from clothing impositions by making other clothing impositions. So the idea that by banning this form of clothing you are somehow advancing women's freedom is complete nonsense."
Last Update: Aug 30, 2016 6:53 pm
RELATED TOPICS