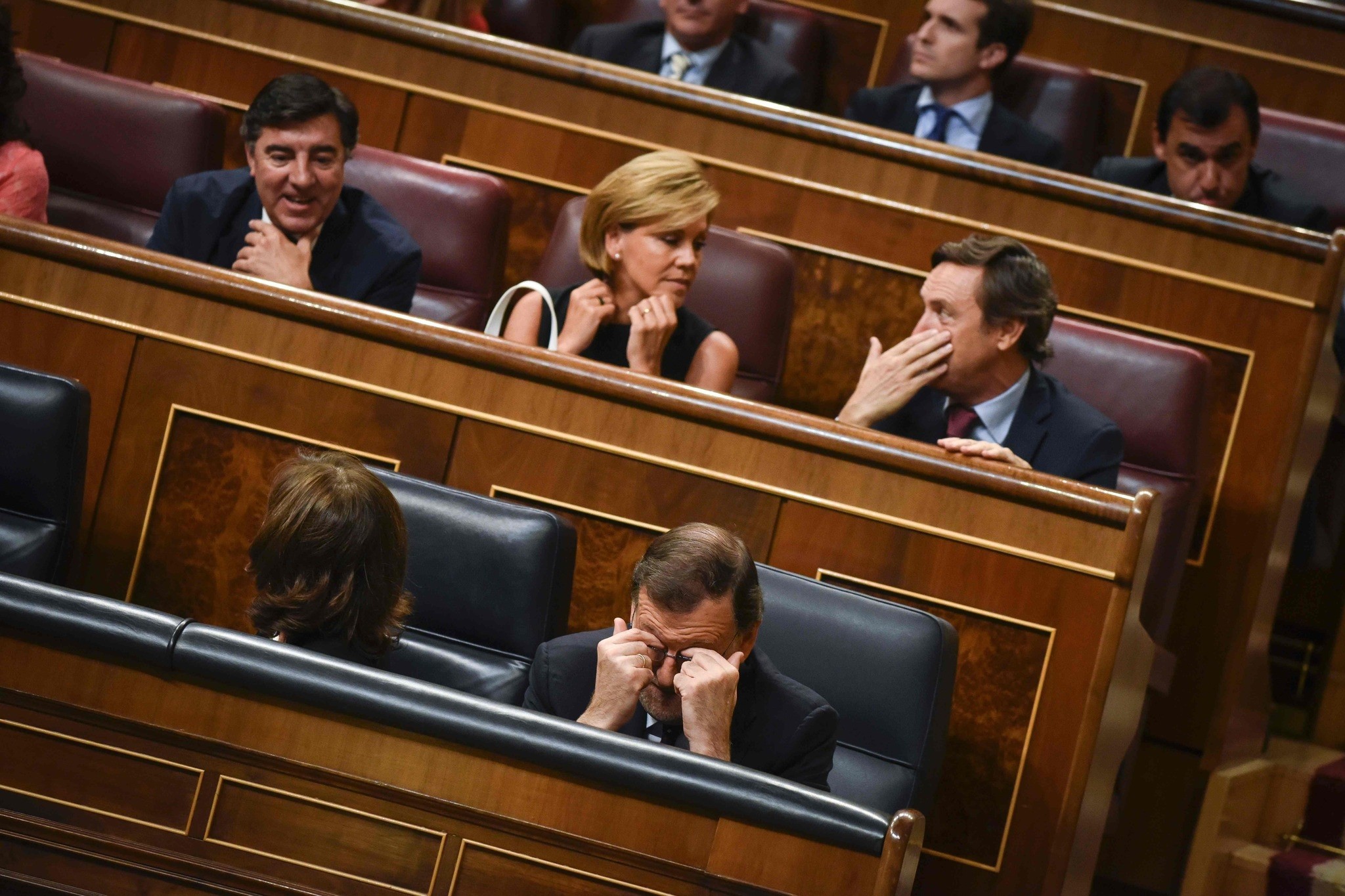 A simple majority was needed to win the second round of voting in the 350-member body, but Rojoy lost 170 to 180. The leader of the centre-right People's Party came up short in the first vote Wednesday.

The parties now have two months to reach a compromise before King Felipe VI will have to call a third election, which would fall on Christmas Day.

Spain has been in political paralysis for more than eight months after parliamentary elections on December 20 and June 26 left the country's four largest political parties at odds on how to create a coalition government.

The PP received the most support during the elections but failed to clinch an absolute majority to govern alone.

Rajoy has the promised support of Ciudadanos (Citizens), Spain's liberal party, and the conservative Canarian Coalition. The Socialist party - the country's second-largest political force - has rejected joining a government under Rajoy's leadership, as has the leftist party Podemos (We Can).

Analysts said the nearly nine-month deadlock could be broken if Rajoy steps aside, suggesting that the some opposition lawmakers could be willing to vote for a PP-led government if the conservative party installed a new leader.