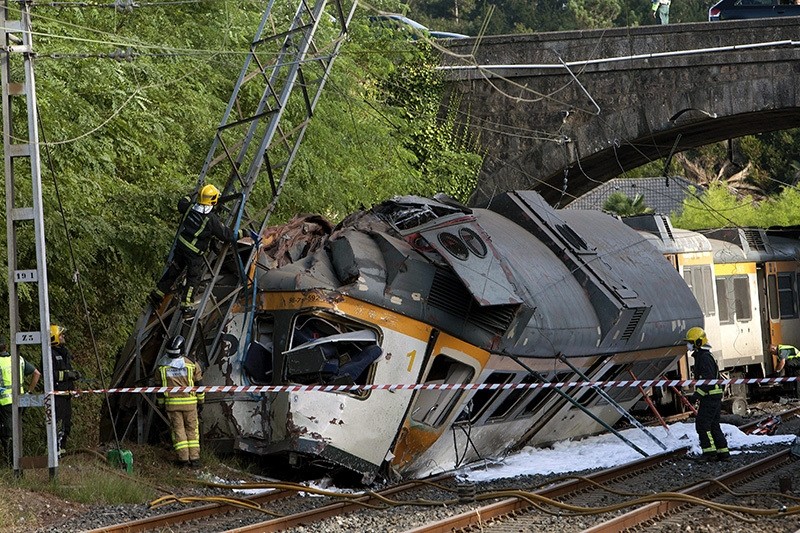 Spanish emergency services members work at the site where a train derailed near resulting in the death of at least three people and several others injured, in the northwestern province of Galicia, Spain, Sept. 09. (EPA Photo)
by Daily Sabah with AP Sep 09, 2016 12:00 am

The train was traveling from Vigo to Porto, in neighboring Portugal.

Adif railway infrastructure company said it has openened an investigation. The derailment occurred on a straight stretch close to Porrino station.

Spanish media said the train was carrying around 60 passengers.

The train had three cars. The front one came completely off the track and hit a post next to the line, leaving it leaning to one side. The back two cars were partly off the tracks.


In 2013, 79 people were killed in Spain's worst rail disaster in decades when a high-speed train went off the tracks and slammed into a wall near Santiago de Compostela, in Galicia.
Last Update: Sep 09, 2016 3:41 pm
RELATED TOPICS