Hungary should be excluded from EU over its treatment of migrants: Luxembourg minister 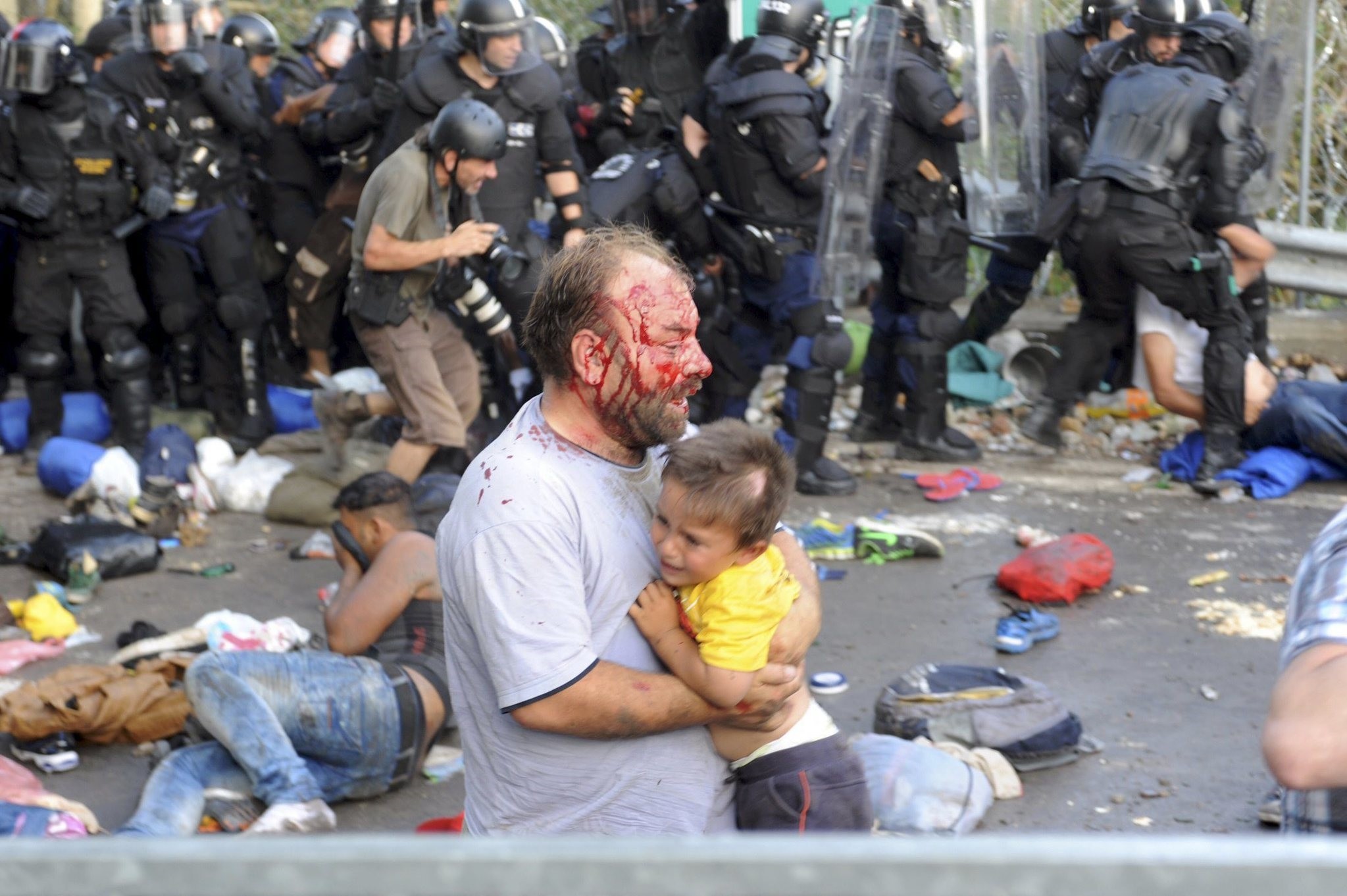 An injured migrant carries a child during clashes with Hungarian riot police at the border crossing with Serbia in Roszke, Hungary September 16, 2015. (Reuters Photo)
by Sep 13, 2016 12:00 am
Hungary should be excluded from the European Union because of its tough anti-migrant policies, including erecting a razor-wire fence, which undermine the EU's values, Luxembourg Foreign Minister Jean Asselborn told the Germany's newspaper Die Welt on Tuesday.

The unusually strong comments against Viktor Orban's government come days before an EU summit in Bratislava.

"We cannot accept that the basic values of the European Union are being so seriously breached," Asselborn told Die Welt.

"Anyone, like Hungary, who builds fences against war refugees or breaches press freedom and the independence of the justice system should be temporarily, or if needed forever, excluded from the EU," Asselborn said.

Orban has angered many of his EU partners with his tough rhetoric on migrants and by building a razor-wire fence along Hungary's southern border to keep them out.

He has also urged Hungarians to vote in a referendum next month against future EU quotas stipulating how many refugees each country should take.

The EU could not tolerate such behaviour, and exclusion was "the only possibility to preserve the integrity and values of the European Union," Asselborn said, adding it would be helpful to change the rules to allow a county to be suspended without unanimous agreement.

"The fence that Hungary is building to keep out refugees is getting longer, higher and more dangerous. Hungary is not far from issuing an order to shoot refugees," he said.