Summit in Bratislava must be "turning point" on protection of EU borders, says Tusk 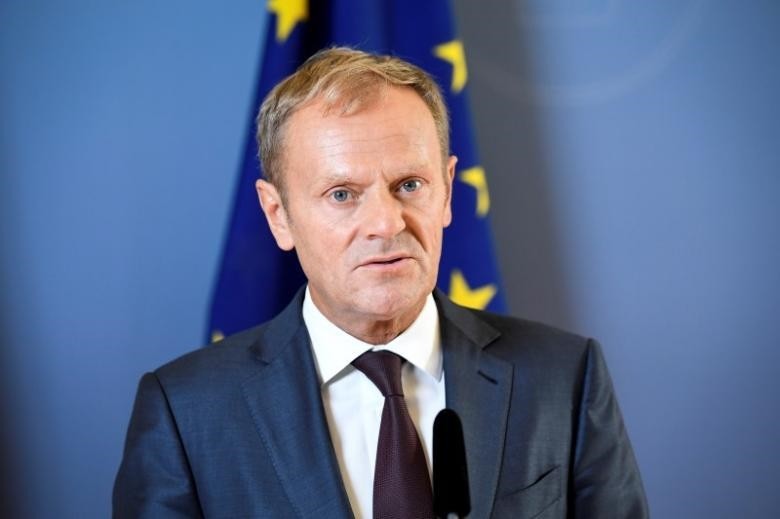 President of the European Council Donald Tusk looks on during a joint news conference with Sweden's Prime Minister Stefan Lofven (unseen) at the government headquarters Rosenbad in Stockholm, Sweden, September 9, 2016. (REUTERS Photo)
by Sep 13, 2016 12:00 am

An EU summit to be held in Bratislava this week must be a "turning point" when it comes to the protection of the bloc's borders, European Council President Donald Tusk said Tuesday, warning that citizens have lost faith in the European Union.

"The migration crisis was the tipping point," Tusk wrote in a letter to EU leaders - a copy of which was seen by dpa - as he referred to the more than 1 million migrants and asylum seekers who reached Europe's shores last year.

"The lack of rapid action and of a uniform European strategy have weakened citizens' trust in their governments, the institutions and in the wider establishment," he added. "We must demonstrate to our citizens that we are willing and able to protect them from a repeat of the chaos of 2015."

The shock decision by British voters this year to withdraw from the EU was "a desperate attempt to answer the questions that millions of Europeans ask themselves daily," on questions such as security, the protection of their interests and their way of life, Tusk said.

"Today many people, not only in the UK, think that being part of the EU stands in the way of stability and security," he added.

The summit must prepare the ground also for more efforts on countering terrorism, protecting the interests of citizens in free trade deals and boosting jobs and growth, said Tusk, who will chair the talks on Friday.

He also called on member states to refrain from bashing the EU, warning that after Brexit "we can either come out of this crisis weaker and conflicted, or stronger and more united."