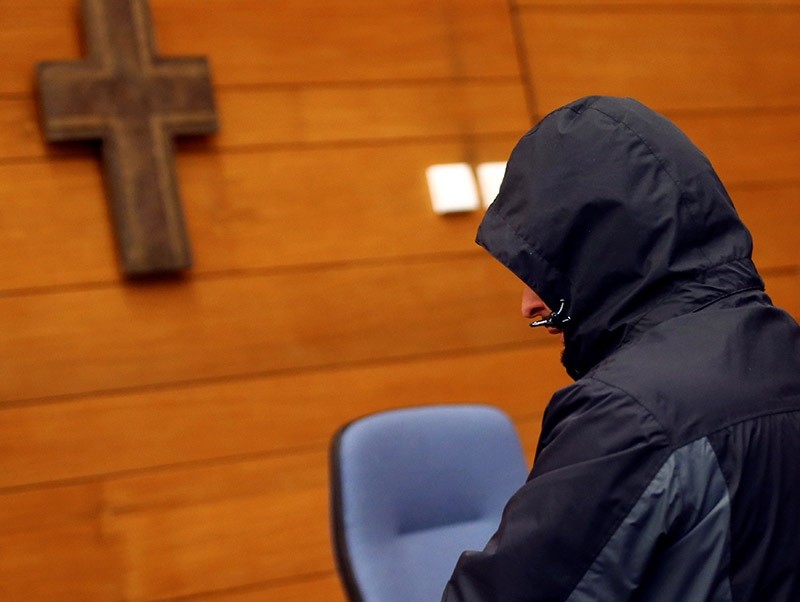 Defendant rail dispatcher Michael P., accused of causing death in a train crash near Bad Aibling through negligence after he admitted to playing a game on his mobile phone while in charge on that day. Nov. 10, 2016 (Reuters Photo)
by Nov 10, 2016 12:00 am

A German rail dispatcher admitted at the start of his trial Thursday that his negligence caused a train crash that killed 12 people as he was playing a mobile phone game while on duty.

Michael Paul, 40, stands accused of involuntary manslaughter over the February accident near the southern town of Bad Aibling, in which two commuter trains collided head-on at high speed.

He faces five years' imprisonment over one of Germany's worst train crashes in decades.

Paul left his lawyers to read out his confession in which he admitted to negligence, but also addressed victims' relatives personally.

"I know that I cannot undo what has happened, even if I wish I could," he told them.

His lawyers said Paul admitted to playing a mobile phone game on duty, even though this was banned by the railway operators.

He ended up setting the wrong train signals, and although he had a chance to prevent the head-on crash through an emergency call placed to the train drivers, he dialed the wrong number, said his lawyer.

One of the passengers, Thomas Staudinger, 23, who was lightly injured in the accident, said he thought that the statement "was heartfelt."

But Peter Duerr, a lawyer for secondary plaintiffs, argued that the confession was a tactical move.

He said "the real question" would be how absorbed Paul was in the mobile phone game and to what extent this distracted him from his duty.

The accident was Germany's first fatal train crash since April 2012, when three people were killed and 13 injured in a collision between two regional trains in the western city of Offenbach.

The country's deadliest post-war rail accident happened in 1998 when a high-speed ICE train linking Munich and Hamburg derailed in the northern town of Eschede, killing 101 people and injuring 88.

Authorities said after the Bad Aibling disaster an investigation had ruled out a technical defect as the cause.