Rise of extremism cause of concern among Muslims in Netherlands 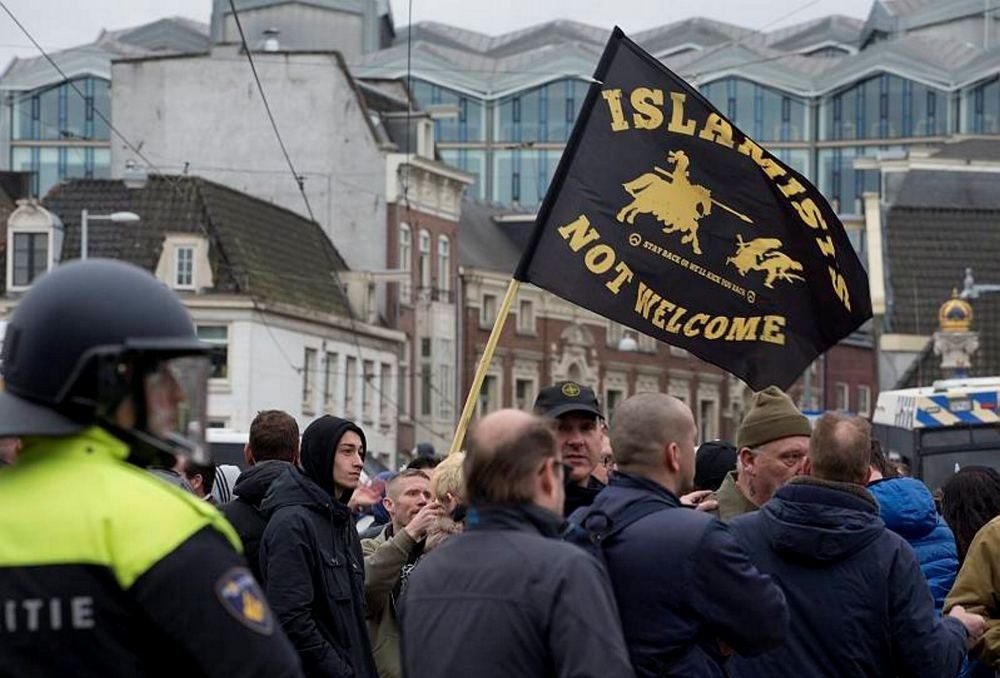 The increasing number of Islamophobic attacks of late and a rise of the extreme right in the Netherlands, previously known for its tolerant and liberal values, have evoked a sense of fear among its Muslim community

The Netherlands is known world over for its liberal policies and tolerance, with marijuana and prostitution regarded legal in parts of Amsterdam while gay and lesbian couples have right to marriage and have children through adoption or insemination at a laboratory. Throughout its history, Holland has also been one of the most tolerant countries towards migrants, including Surinamese, Indonesians and Turks.

Things, however, have changed over the recent years and the situation continues to deteriorate. Muslims have categorically been targeted and with little to no exemplary punishment handed down to the perpetrators.

Foundation for Political, Economic and Social Research (SETA) in a 2015 report covered Islamophobia in Europe. The report stated that Holland in 2015 experienced some 279 religion-based discriminatory attacks, out which 206 were carried out against Muslims, a significant increase from 150 in 2013.

Doamuslims.org, a webpage that documents Islamophobic attacks, reported that in 2015 alone 39 percent of all mosques in Holland have had experienced discriminatory aggression while 68 percent among that group suffered physical attacks, smashing of windows being the main style of attack.

Although 81 percent of these attacks were reported to the police, 51 percent of the institutions felt that they received enough help from the law enforcers.

Radio Netherlands Worldwide also reported that there were some 117 attacks on mosques in Holland between 2005 and 2010, more than any other country. It said that in 2011, only 290 discriminatory comments were detected on the Internet however with the rise of social media that number has become uncountable.

Ineke van der Valk, a professor at Amsterdam University, has written one of the most comprehensive books on islamophobia in Holland, entitled Islamofobie en discriminatie (Islamophobia in the Netherlands).

In her book, van der Valk notes a few incidents among many as the main causes behind the rise of Islamophobia, including the 9/11 incident and the murder of Theo Van Gogh, who was assassinated by a Moroccan-Dutch man in 2004 after he made a film, criticizing Islam's treatment against women.

However, she states that Muslims are subjected to a collective and ruthless punishment as a result of which migrants feel excluded from the Dutch society.

The emergence of Daesh and its recent attacks in Belgium and France have also triggered Islamophobic attacks in the Europe. Muslims, especially in Holland are disappointed with the treatment they face.

Ramazan Güngören, a businessman living in Holland since 1991, told Daily Sabah he was happy used to be happy in Holland but not anymore, as Muslims there face constant discrimination.

He said there are three main reasons for the increase of Islamophobia, "The first reason is 9/11. After the attack in New York, we started feeling uncomfortable in Holland. In 2003, my family and I even decided to leave. But we could not find a better country to live in and back then there was the 'headscarf issue' in Turkey. The second reason is economic crisis. As the cake got smaller, people started blaming us. Especially in 2008, the economic crisis had affected everyone but we were accused for getting others' bread."

Pointing out a sociological issue, he said "The third reason is that the third generation migrants are educated and have taken up good positions in companies, whereas, the first migrants used to work as laborers. The Dutch people want us to remain laborers."

Giving an example of the discrimination faced, he said, "We did a little experiment. We sent the same CV to the same company under different names, one with a Muslim name and the other with a Dutch name. The company did not even respond to the first one while the latter got their attention and they replied positively. Everything was the same."

"When our children apply for a position, companies do their best to refuse them. For instance, internship is very important in this country. Although it is compulsory and the school has to help, our children can hardly find a place while Dutch children are immediately given the best positions," he said.

"What I am saying may sound unimportant. But when you live here, you just feel it [discrimination]," concluded Ramazan.

Another businessman, İlhan Döne, also vented his frustrations regarding the Europeans' stance towards people from different racial background.

Saying that Europeans generally regard their culture and values as superior to others' their treatment changes when they face a migrant. "If you are not well-educated or have had a success in trade, you feel discrimination in an explicit way. The only way you would feel you are an equal to a Dutch citizen is if you have education and share the same values with them. However, even if you are a successful businessman, Europeans believe your success is based on the trade system, they have built."

According to Döne, a considerable amount of Dutch people believes that the migrants' involvement in trade means the locals will earn less. He also underlines that some Dutch people, especially those living in the countryside, never face foreigners or migrants and their perspective is shaped with fear.

He also said, "If you are working under a Dutch, he or she will always make you feel that you are a migrant."

However, he thinks that the communities like Turks have to contribute to the society culturally.

"We live in this society. We are part of it. Instead of dealing with Turkey's domestic issues, we have to focus on our education and business here while using the knowledge of our culture to contribute to this country."

But despite that, Döne thinks that the rise of right in the European countries will only add to the problem and evoke a sense of fear among the Muslims there which will in turn lead to more social conflicts.
RELATED TOPICS