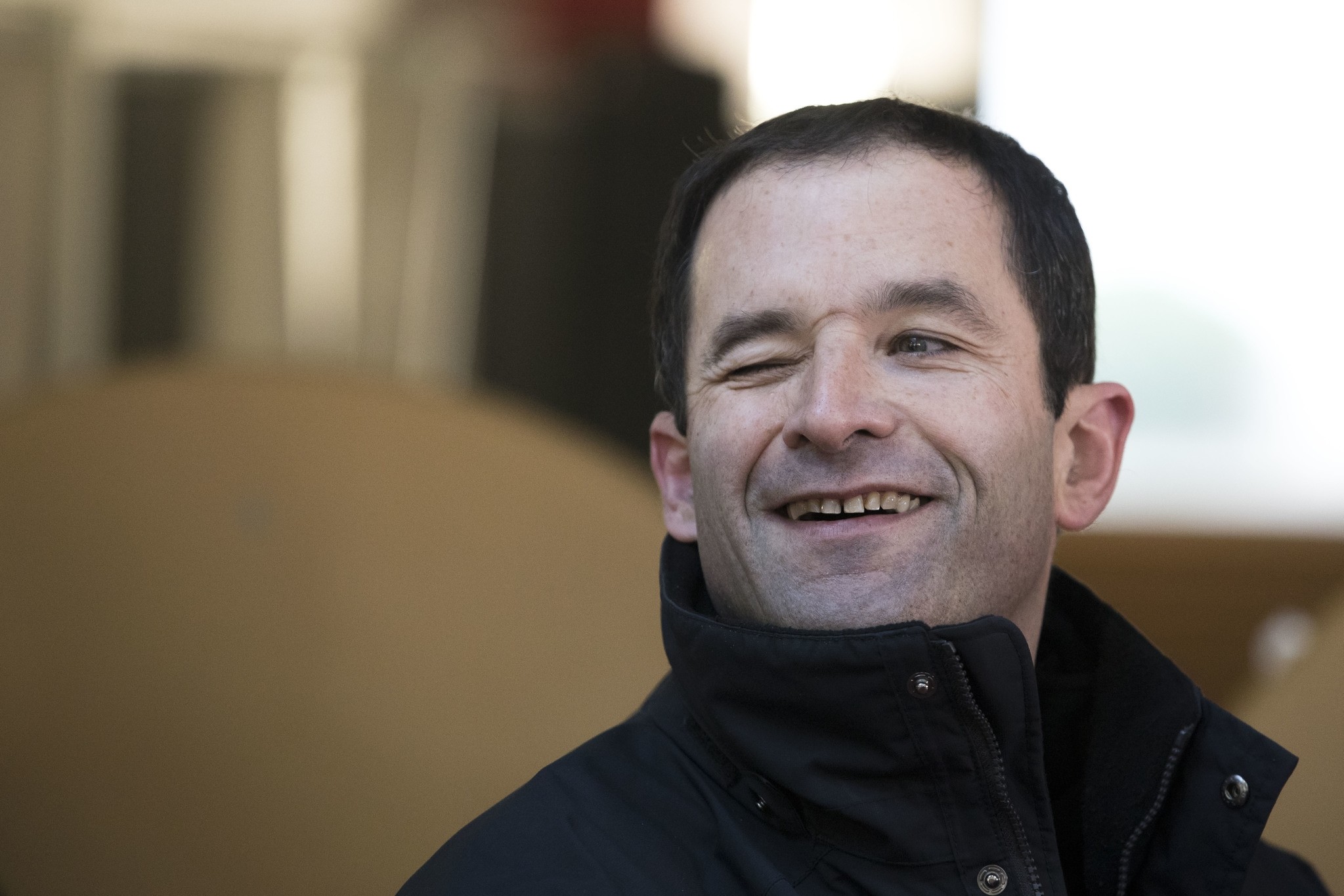 Candidate for the French left's presidential primaries ahead of the 2017 presidential election, Benoit Hamon, winks as he arrives for the first round of the primaries in Trappes, west of Paris, Sunday, Jan. 22, 2017. (AP Photo)
by Jan 22, 2017 12:00 am

Benoît Hamon, a former Socialist education minister on the left of the party, led in the first round of a primary to pick a Socialist presidential candidate on Sunday, with more moderate ex-prime minister Manuel Valls in second place, partial results showed.

Hamon, 48, who was sacked under the government of President François Hollande for criticising his economic policies, had won 35.2 percent of the vote and Valls about 31 percent with just over a third of the total votes counted.

If the final count confirms this result, the two men will go face-to-face in a Jan. 29 runoff to decide who will be the Socialist candidate in the April-May presidential election.