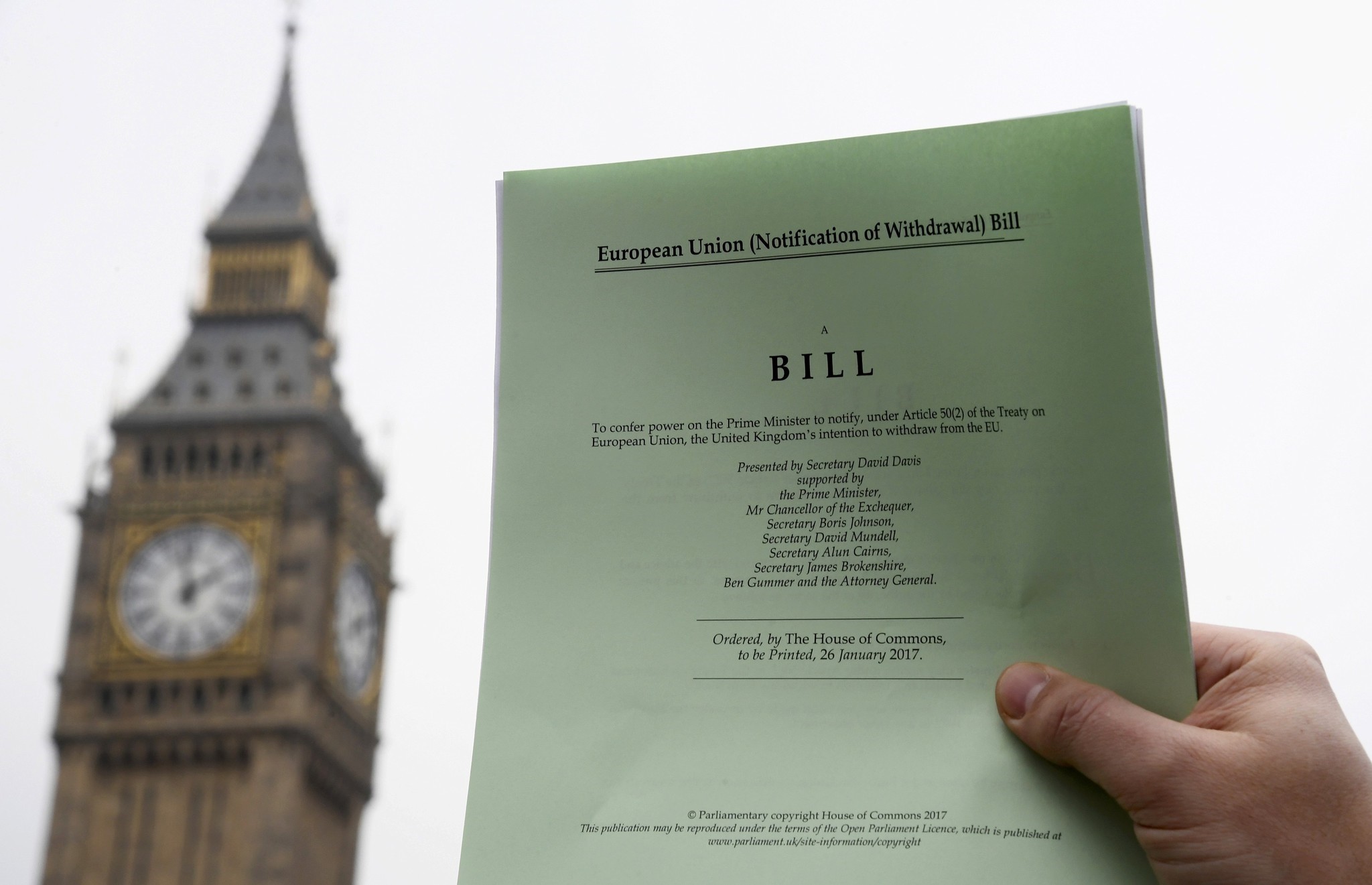 A journalist poses with a copy of the Brexit Article 50 bill, introduced by the government to seek parliamentary approval to start the process of leaving the European Union, in front of the Houses of Parliament in London, Britain, January 26, 2017.
by Compiled from Wire Services Feb 01, 2017 12:00 am

British MPs on Wednesday approved the first stage of a bill empowering Prime Minister Theresa May to start pulling Britain out of the European Union.

MPs approved the bill, which would allow the government to trigger Article 50 of the EU's Lisbon Treaty and formally begin two years of exit negotiations, by a margin of 498 to 114.

British lawmakers rejected earlier on the same day an attempt to throw out legislation seeking parliamentary approval for the start of formal divorce talks with the European Union.

After two days of debate on the legislation, which will give PM May the right to trigger Article 50 of the EU's Lisbon Treaty, lawmakers voted by 336 to 100 against the amendment put forward by the pro-EU Scottish nationalists.

Prime Minister Theresa May's Conservative government tabled the brief bill last week after it lost an appeal against a court ruling that it must seek parliamentary approval before opening formal Brexit talks.

Following the court ruling, May said she still planned to trigger Article 50 of the Lisbon Treaty, which sets the rules for a two-year negotiating process for a nation leaving the EU, by the end of March.

May said her government will publish a white paper on triggering Article 50 on Thursday, setting out its negotiating principles, including protections for EU citizens living in Britain.

A final vote on the Article 50 bill is expected next week, with May reportedly aiming to complete its passage through parliament by March 7.

May, who commands a working majority of 16 in the 650-seat parliament, is likely to win Wednesday's vote comfortably before the bill passes to the upper house, the Lords.

Labour, the biggest opposition party, told its lawmakers to support the bill.

But many Labour lawmakers represent constituencies where a majority opposed Brexit, and some have vowed to vote against the bill.
Last Update: Feb 02, 2017 9:41 am
RELATED TOPICS