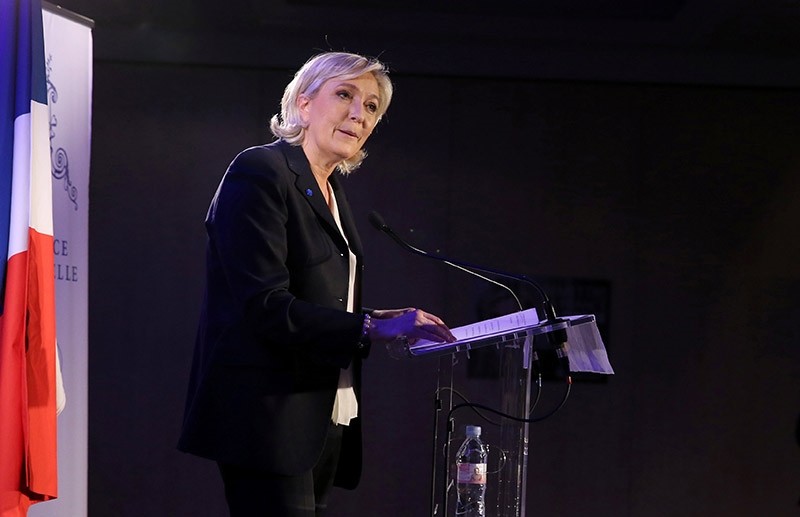 An EU parliament letter to le Pen published by Challenges magazine gives Tuesday as the deadline to begin repayment of about 300,000 euros ($322,000).

The request follows the European anti-fraud office's findings that some aides were paid from the European budget while actually working as Le Pen's cabinet chief and bodyguard, breaking the parliament's rules.

Le Pen, a leading presidential candidate in France, has denied any wrongdoing.

Her campaign director David Rachline said Tuesday on BFM television his party suffered "persecution" from EU authorities, suggesting she has no intention of paying.

The European parliament can recover money by holding back part of her salary and allowances.

Europe's anti-fraud office found that a total of 19 National Front members used aides on the European Parliament's payroll for political activity. That spurred French prosecutors to open a separate investigation at the beginning of the month.

It's one of multiple investigations around the National Front or its finances that are casting a shadow over Le Pen's campaign for France's April-May presidential election.

An investigation was opened last week over whether Fillon's wife, Penelope, actually worked while being paid as his parliamentary aide at France's lower house of parliament.