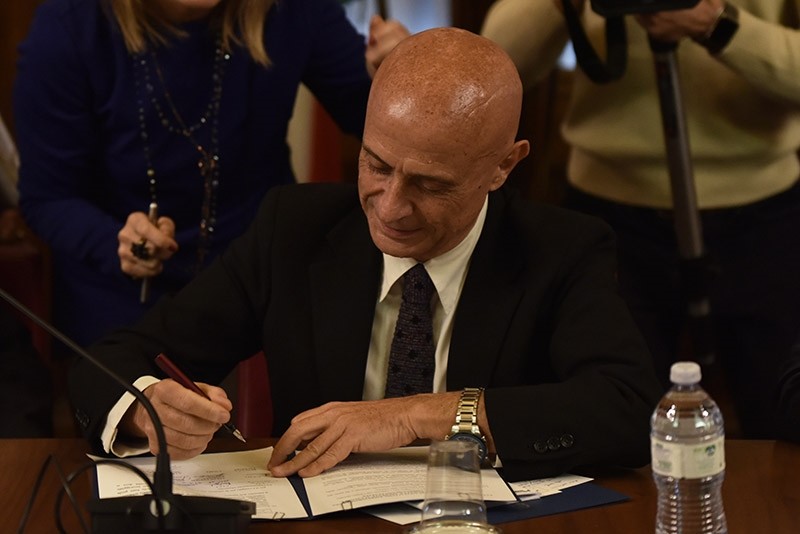 Italy's Muslim community signed a pact with the government Wednesday pledging to "reject all forms of violence and terrorism", with prayers in mosques to be held in Italian.

"It's a very important document which concerns the present and future of our country through inter-religious dialogue, starting from a basic principle: We may have different religions... but we are all Italian," said Interior Minister Marco Minniti.

He added: "One of the essential points is that all the signatories have committed to reject all forms of violence and terrorism."

Only a handful of Italian residents are known to have joined terrorist groups abroad and the country is not seen as having a significant problem with homegrown extremism.

But the case of suspected Berlin truck bomber Anis Amri, believed to have radicalized in a Sicilian jail, focused attention on the issue in December.

Under the deal, community groups representing around 70 percent of Italy's Muslims have pledged to hold Friday prayers in their mosques in Italian, or at least have them translated.

The Italian Islamic Confederation, one of the signatories, stated that the pact was important "at a difficult time marked by Islamophobic prejudice and the myth of... the incompatibility of Western culture with the Islamic faith".

Italy is home to an estimated one to two million Muslims, mostly from immigrant communities.

In largely Catholic Italy, other religious groups often find it difficult to make their voices heard, but Muslims face a particularly complicated relationship with authorities as there is no single body representing the faith.