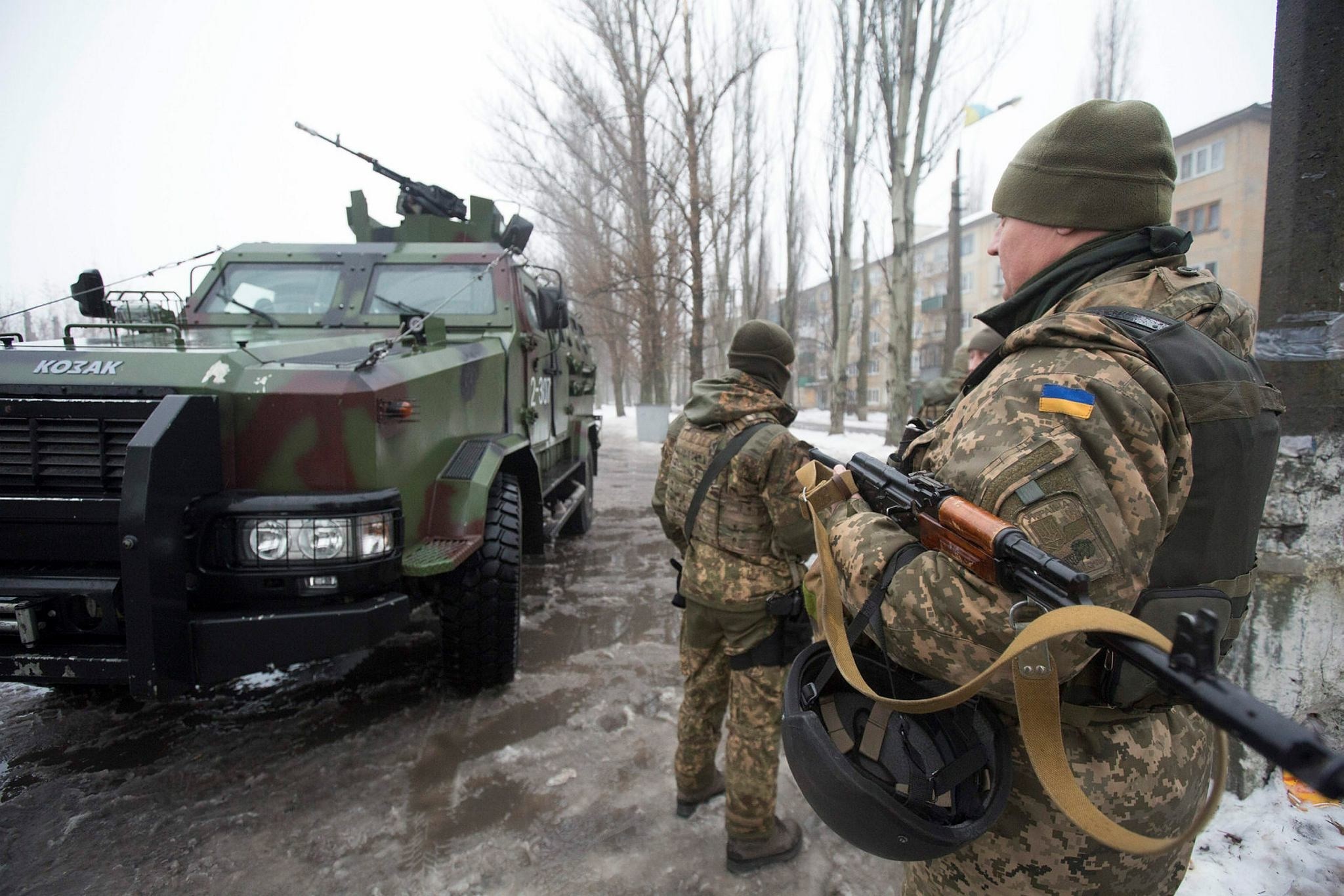 The long-forgotten conflict in eastern Ukraine enters its fourth year, as heavy clashes intensify between the government and pro-Russian rebels. Nearly 3,000 civilians have been killed, and the number of killed and injured approaches 30,000

The war in Donbas started April 6, 2014, after the annexation of Crimea by the Russian Federation on Feb. 20 that year. Since then, the conflict has been through two cease-fire agreements agreed upon by the belligerents in Minsk (Minsk Protocol 05/09/2014 and Minsk II 15/02/2015), Belarus, both of which have since collapsed, leading to re-escalations in the conflict zone.

There have been 10 cease-fire agreements, all of which were supposed to be indefinite and all of which failed to establish any sort of peace between the parties or security for the affected civilian population.

Some have used the term "frozen conflict" to describe the situation. Even though the conflict has been stalemated for years, it is anything but frozen with constant attacks and counterattacks launched by either side in attempts to control key strategic locations in the region, the latest one being an offensive near the industrial town of Avdiika. The battle for Avdiika has seen some of the deadliest fighting in weeks.

As the conflict enters its fourth year, a million to a million-and-a-half people have been affected, internally displaced or evacuated. Nearly 3,000 civilians have been killed, and the number of killed and injured approaches 30,000.

The civilian population has been suffering deeply, and the situation is only getting worse. This winter, temperatures of minus 22 degrees Celsius were reported in the Donbass area; due to power cuts and organizational and infrastructural collapse, civilians were left without heat or running water, displacing many of them.

European Union member states have made no significant efforts to assist in the humanitarian crisis regarding Ukrainian evacuees and refugees.

Cossacks, Chechens and Russian volunteers have joined the conflict on the pro-separatist side - the "Novorossiya" alliance between the Donetsk and Luhansk groups - both of which are self-proclaimed independent peoples' republics, but with no international recognition.

Russian President Vladimir Putin has given his reasons for the latest escalation, which has already resulted in dozens of casualties.

President Putin said that the Ukrainian government wishes to present itself as a "victim of aggression" to receive U.S. and EU support. Putin added that Kiev had strong hopes for Hillary Clinton to win the U.S. election as the Democratic candidate had expressed deep skepticism towards Russia, as opposed to Republican Donald Trump, and would probably have pushed for some kind of intervention.

President Poroshenko's spokesman, Svyatoslav Tsegolko, has said that both presidents are ready to "explore additional steps to enhance the strategic partnership between Ukraine and the United States."

"Particular attention was paid to settling the situation in Donbas and achieving peace by political and diplomatic means. The two leaders expressed deep concern about the spike in tension and the deterioration of the humanitarian situation, especially in the area of Avdiika. They stressed the need to establish an immediate ceasefire," Tsegolko stated.