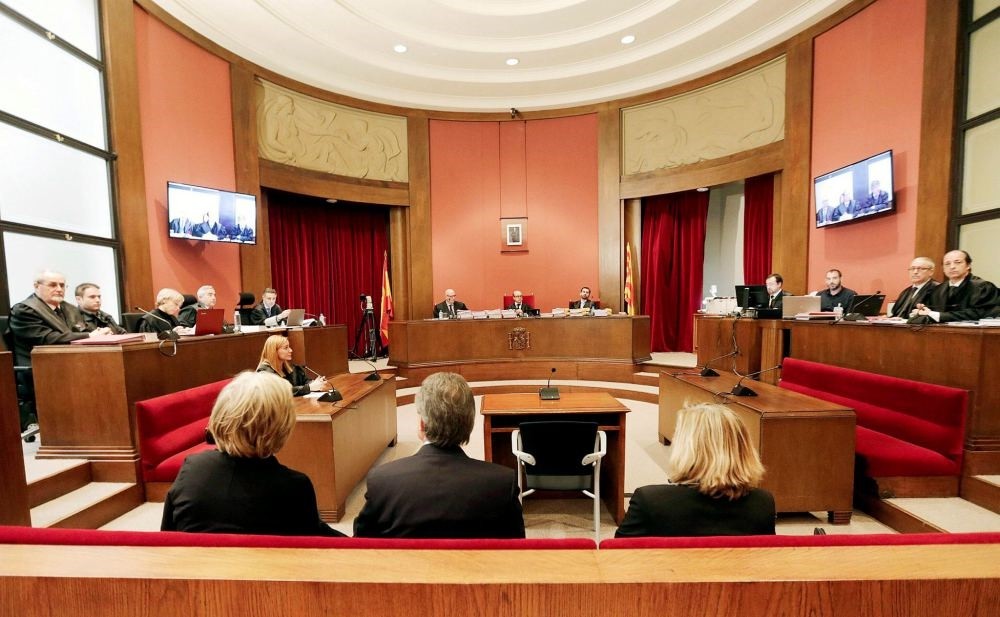 On Nov. 9 2014, Catalan Regional President Artur Mas held an independence referendum in his region deemed unconstitutional by the Spanish government. Now he faces a decade-long bar to his political career

Three Catalan politicians, former Vice President Joana Ortega and former Education Minister Irene Rigau including former Regional President Artur Mas walked to a court yesterday where they face charges for disobeying a constitutional order two years ago banning a vote on the region's independence. The men are accused of criminal disobedience and breach of trust of their office against the Spanish Constitution.

The five-day trial is likely to inflame longstanding tensions between the central government and the supporters of separatism in the wealthy northeastern region of 7.5 million people.

Former Catalan leader Artur Mas faces a 10-year ban from holding public office for allowing the November 2014 vote in which 80 percent of the 2.3 million who cast a ballot said they would support an independent state for Catalonia; however, there was only a 50 percent voter turnout. The mock referendum had been deemed illegal by Spain's Constitutional Court five days earlier.

Former Regional President Mas remained defiant as he entered the court today, saying even though "For us personally this is not a gift. This can halt our political careers for several years" […] "for the project – the creation of a sovereign state – this is positive because it mobilizes people. It mobilizes even people who are not in favor of independence."

"We did what we had to do. We would do it again. Tomorrow we will enter [court] with our heads held high, and make sure we represent, with all possible dignity, the 2.3 million people who voted on Nov. 9 and gave the world a lesson in democracy and national pride."

Spain's Justice Minister Rafael Catalá had dismissed the separatist referendum, calling it "a day of political propaganda organized by pro-independence forces and devoid of any kind of democratic validity."

Mas stepped down as Regional President in January 2016 to ensure that his separatist Junts pel Sí (Together for Yes) coalition could govern Catalonia with the support of the far-left Popular Unit Candidacy. Carles Puigdemont, his successor, has vowed to push ahead with independence for the Spanish region but there has been no serious talk of a second referendum.

Even though the number of people calling for full independence of Catalonia is sizeable, the number of Catalans wishing to not split off is equally sizeable, if not slightly higher.At the end of last December a poll was held and it showed that 46.8 percent of the respondents in the region are against separation while 45.3 percent support it.

Even though the current Catalan government, which has been through a recent wave of arrests by the Spanish police as part of a wider investigation into the matter, Justice Minister Catalá has not ruled out taking control of the Catalan police, shutting down the use of schools as political centers and other measures to stop the referendum. He said invoking relevant articles of the constitution to keep the situation under control remained "an option."
RELATED TOPICS