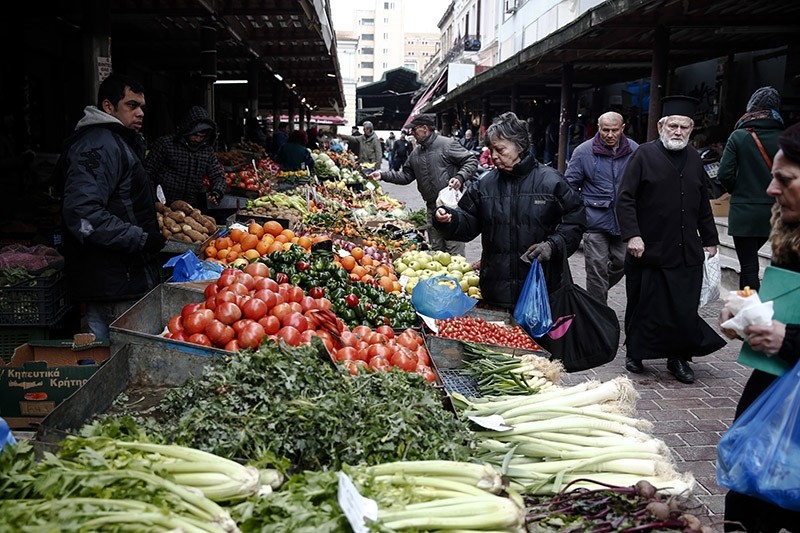 The EU on Tuesday insisted Greece's economy remained on track despite a withering opinion by the IMF that Athens's debt was "unsustainable" and calling for further European debt relief.

A standoff between the eurozone and the International Monetary Fund has dragged on for months, raising fears of a new debt crisis and sparking fresh talk of Greece tumbling out of the euro.

The fund and the 19-nation single currency area are battling over how much debt relief Greece needs, and over economic targets required of Athens as part of a third massive bailout, agreed in 2015.

"We continue to believe that the commitments reached for the programme are both credible and ambitious," said Annika Breidthardt, a spokeswoman for the European Commission, the EU's executive arm which monitors the bailout for the eurozone, along with the IMF and the ESM bailout fund.

More debt relief is the condition set by the IMF to lend more to Athens, but that demand is staunchly resisted by Germany and other fiscal hardliners in the single currency zone.

An IMF Debt Sustainability Analysis warned Greece's debt "is highly unsustainable" and "will become explosive in the long run."

A breakthrough in the standoff is key, with Athens at risk of hitting a financial wall this summer when it must repay nearly 7.0 billion euros it cannot afford without new bailout funds.

Eurogroup head Jeroen Dijsselbloem said on Tuesday he had been "surprised" by the IMF's tough tone, saying: "Greece is already doing rather better than what is described in the report."

"Jobs are increasing and large measures have been integrated into the budget even if there are some remaining major reforms such as the running of the jobs market, taxation and pensions. On these points we agree with the IMF that work still needs to be done," he told Dutch television RTLZ.

The IMF on Monday said that a majority of its board felt strongly that Greece could not be subject to more austerity, even though this is demanded by Germany.

"Most directors agreed that Greece does not require further fiscal consolidation at this time," a statement by the IMF said after the fund held a board meeting to discuss the country in Washington.

However, "some . . . had different views on the fiscal path and debt sustainability," the statement added, with reports widely citing Berlin as leading the opposing view.

The feuding has spooked investors with Greece's two year borrowing rates soaring to near 10 percent on the financial markets.

To ease tensions, the IMF reluctantly said in December it could go along with the tighter budget targets, but only if Athens passes new austerity laws in case the targets are missed.

But the Greek government on Tuesday criticised these demands as "illogical", even though it supports calls by the IMF for more debt relief.