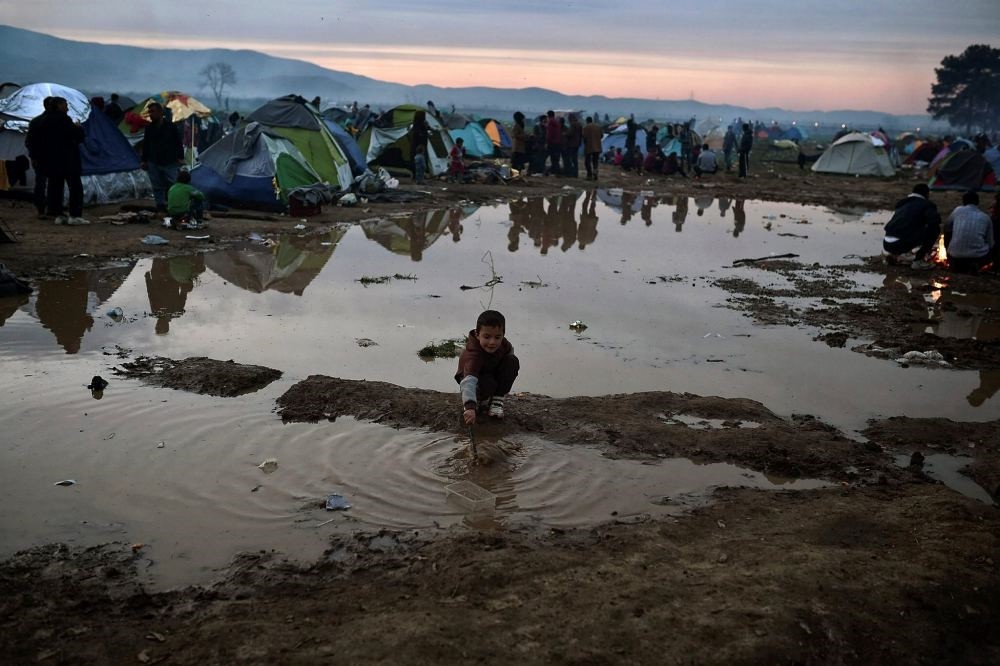 A child plays at the makeshift camp at the Greek-Macedonian borders, near the village of Idomeni.
by Compiled from Wire Services Feb 10, 2017 12:00 am

Fearing the potential collapse of a deal with Turkey to keep migrants away from EU borders, EU nations, along with the Western Balkan route, agreed to seal the already hard borders

Interior and defense ministers from 15 European countries agreed Wednesday to come up with new measures to ensure that the overland route from Greece remains shut for migrants seeking new lives in other EU nations and those trying to bring them in illegally.

A plan to plug the remaining gaps on the route from Greece to Austria and Germany is to be drawn up by April, defense and interior ministers from affected countries decided at a conference in Vienna.

Increased controls along the so-called Western Balkans route have sharply curtailed the inflow of migrants since tougher security measures were instituted along the overland path from Greece to the rest of the EU almost a year ago. But Austrian Interior Minister Wolfgang Sobotka said human smuggling along the so-called West Balkans route continues. New measures, to be drawn up by April, were meant in part to counter such activity, he said.

"We're sending a signal to the traffickers with this conference that there will be no illegal migration to Europe," Sobotka told reporters. He spoke of new "border control measures" as part of the plan, but did not elaborate.

At the peak of the 2015-16 migration crisis, thousands of people were shuttled daily across the Balkan countries towards Austria. The numbers dwindled since the Balkan route was officially closed 11 months ago, but gaps remain. Austria was instrumental in coordinating last year's shutdown of the route.

Austria tightened measures against migrant influx last week, in particular on its frontier with Slovakia following a rise in migrants trying to enter the country. Many of those entering from Slovakia cross via train, meaning more checks on trains are needed, Doskozil said, adding that 100 soldiers could be made available to assist. He said 299 migrants have been intercepted so far this year in Lower Austria state bordering Slovakia and the Czech Republic. This compares with 174 in Burgenland state, whose border with Hungary has been the main area for controls so far. Since 2015 Austria has imposed border controls and has readied additional physical measures such as barriers in case of a major new influx. Austria received a record 90,000 asylum claims in 2015 as hundreds of thousands of migrants, many fleeing the Syrian war, trekked up through the Balkans towards Germany and elsewhere.

Some of the countries became arrival or transit points for the influx of hundreds of thousands of migrants who started flooding Europe in 2015. Others oppose resettling migrants already in the EU on their territories.
RELATED TOPICS