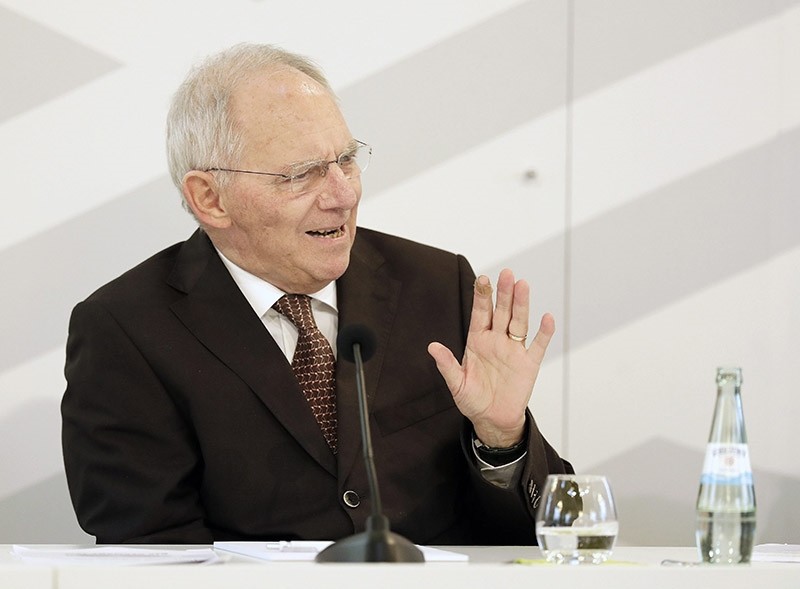 Wolfgang Schaeuble, German Federal Minister of Finance, speaks during the opening of the 'Digitising finance, financial inclusion and financial literacy' conference in Wiesbaden, Germany, 25 January 2017. (EPA Photo)
by Feb 10, 2017 12:00 am

German Finance Minister Wolfgang Schaeuble wants to cut child allowance for migrants from within the European Union in an effort to crack down on benefit fraud, according to a document seen by dpa on Friday.

Schaeuble, a member of Chancellor Angela Merkel's conservative Christian Democrats (CDU), wants to change a legal provision that allows EU migrants working in Germany to claim benefits for their children even if they are living elsewhere.

The proposed legal change, outlined in the document, would mean that the amount of child benefits a person is eligible for would depend on the average living costs in the country the child is located in.

It would bring about annual savings of 159 million euros (169 million dollars) for the German state, according to the document.

According to the Finance Ministry, there are over 184,000 EU migrants receiving benefits for children living elsewhere. Of those, the largest proportion comes from Poland (86,987), followed by Croatia and Bulgaria.