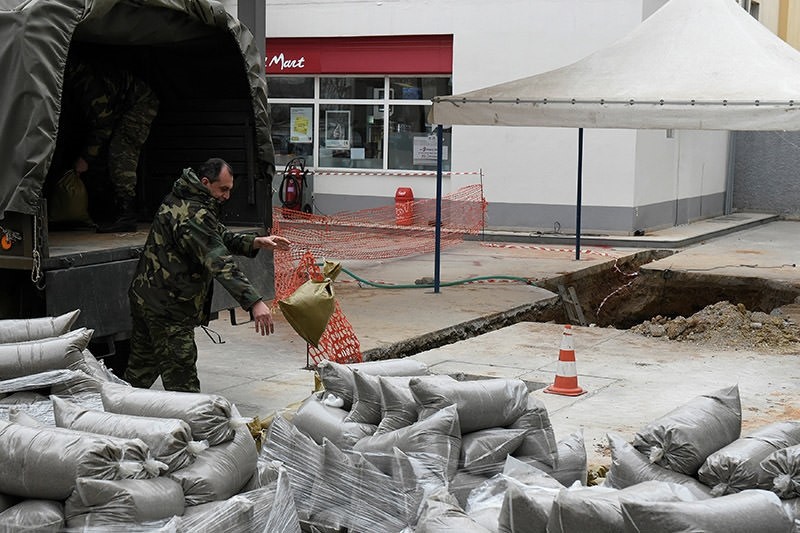 Authorities in the northern Greek city of Thessaloniki are distributing fliers and making arrangements to evacuate about 75,000 people from three neighborhoods ahead of efforts to defuse a 500-pound unexploded World War II bomb.

The unexploded bomb was discovered during construction work near a petrol station in Greece's second-largest city.

Bomb disposal experts are to tackle the device, which buried beneath a gas station at a depth of 5.5 meters (18 feet), on Sunday. The operation is expected to last about six hours.

"It is the biggest evacuation in the country's history," a spokesman for Thessaloniki's western Ampelokipoi district told Greek television on Friday.

Authorities said Thessaloniki's long-distance bus terminal, which is in the area, will remain shut during the operation. Trains will also stop running to and from the city, as the main railway line passes through the exclusion zone.

Thessaloniki's Deputy Governor Voula Patoulidou told The Associated Press about 1,000 police and 300 volunteers are expected to help in the evacuation.